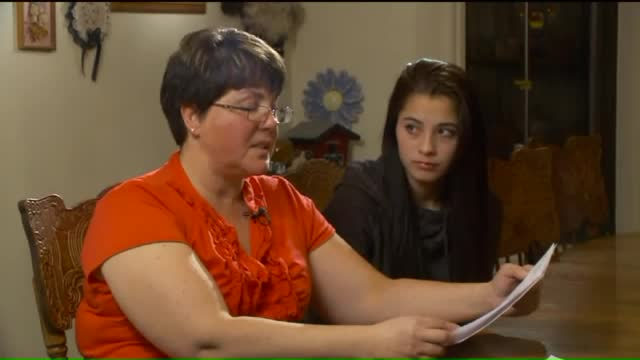 About 60 ninth-grade students were asked by the teacher, who has been on the job for a few months, to create “neat, colored, professional” posters, the assignment read.

The controversial project came less than a week after a massive ISIS terrorist attack in Paris killed 130 people and left hundreds more injured.

The assignment said the goal was to “help students better understand the goals of terrorist groups and the methods they use to gain support.”

“She was just very enthusiastic and wanted students to understand that propaganda is not good,” Hiskey said.

The project developed during a class discussion about how propaganda played into World War II, she added.

And, students who felt uncomfortable with the topic were invited to discuss an alternate assignment, a note on the project read.

While none did, upset parents found the assignment inappropriate and quickly contacted the school district.

“We shouldn’t be talking about how ISIS recruits, we should be discussing the events of what they have caused,” she added.

Langston was also alarmed that Internet research for the project could potentially put her child on a federal terrorist watch list.

The school issued an apology Thursday and said they were not aware of the assignment.

“We don’t want students going on the Internet and looking up terrorist things,” Hiskey said.

The teacher will not be disciplined but was instructed to cancel the project and discuss the matter with students.

“She’s a naive young teacher,” Hiskey said. “She wants to do the right thing.”