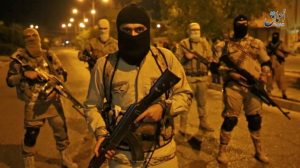 Soldiers of the army of the Islamic State patrol the streets of Mosul, Iraq last week. 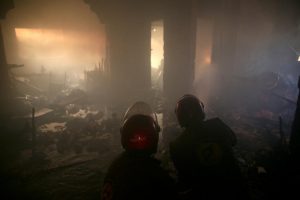 The Syrian civil war continues to rage as firefighters try to quell the many fires that continue to break out around Damascus due to heavy air attacks. 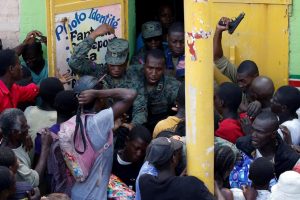 People in Haiti rush soldiers at a food depot as the island continues to recover from the devastation of Hurricane Matthew. 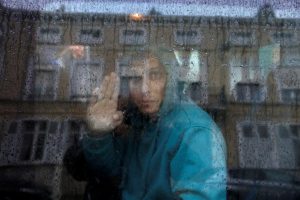 The migrant crisis continues unabated as this teenager from Afghanistan waves from a van on his way to a migrant camp somewhere in France. 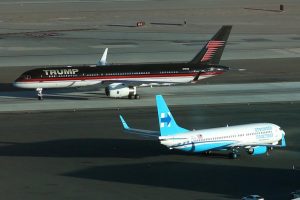 Trump and Clinton land in Las Vegas for their final debate. 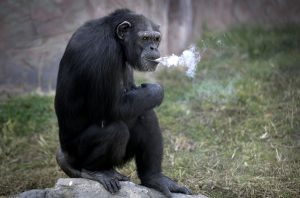 A 19 year old female chimpanzee named Azalea takes a break at a zoo in North Korea. 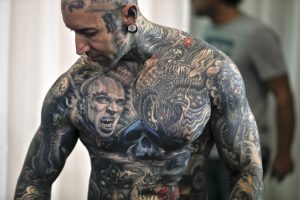 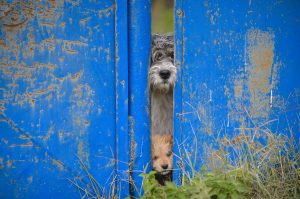 Bucharest, Romania continues to struggle with one of the largest populations of stray and feral dogs in the world. Experts estimate there are about 60,000 wild dogs roaming the Bucharest streets.