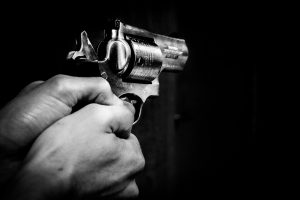 Prosecutors, and others, are discovering that this type of business may, in fact, be flourishing out on the Dark Web. The charges claim that Rowling was prepared to carry out a murder and was to receive a Glock 17 pistol as well as $2,500 for doing the murder. The problem for Rowling was that his client ended up being an undercover agent for the United States Immigration and Customs authority.

It had been earlier reported at several news sites that there were actual hitman sites and businesses up and running on the Dark Web. Many of the sites were recorded filming and releasing video that threatened anyone who sought to expose them to the public. Other murder for hire sites out there have offered reward bounties on anyone who could murder any number of prominent people, especially politicians, who are on their lists. The reward money had, in fact, been raised out on certain crowdfunding sites.

There hasn’t been any reported evidence that anyone has been murdered from these sites but that doesn’t mean that murders have not been hired out on the Dark Web.