BY KEVIN SAWYER – Police officers in Portland, Maine were recently forced to arrest a man dressed as a tree as he wandered around in mid day traffic. Why would he be dressing like a tree and what would the police possibly charge him with when arrested? Is there some unknown ordinance in Portland that forbids people from dressing as trees?

When two Portland police officers approached Asher Woodworth, 30, he was in the middle of the street. He wasn’t trying to cross to the other side. He was, simply, wandering around out in traffic. The police eventually arrested him and charged him with blocking a public roadway. 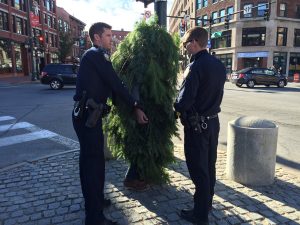 When the police approached Woodworth the first time, they had to brush away the tree limbs that covered his ace. They asked him what he was doing and what his name was. Woodworth refused to talk to them. The officers then proceeded to tell him that he was free to go as long as he didn’t wander out into traffic and start disrupting the flow again. 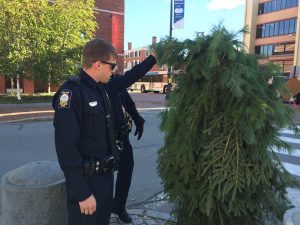 Woodworth’s lack of response was taken by the police officers that he understood what they had said to him. As soon as they told him he was free to go, Woodworth strode right back into traffic. That was when the officers had to arrest him. After his arrest, Woodworth told the police that he had done it just to see what the reaction of the drivers would be. He said that he wanted to see how much he would be disturbing their “natural choreography”. 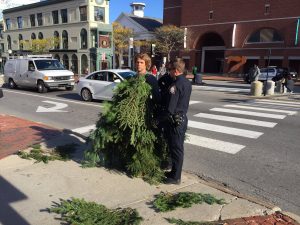 Assistant Portland Police Chief, Vern Malloch, simply shrugged his shoulders. He said that he had seen a lot of people do some rather strange things just to get arrested. Woodworth got out of his jail cell after posting $60 in bail.