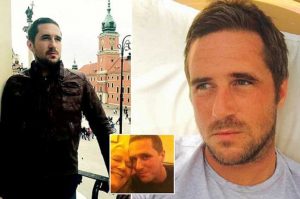 BY KEVIN SAWYER – Noted British UFO researcher and conspiracy historian, Max Spiers, was found dead on his sofa while in Warsaw to give a talk and presentation. Just prior to his death, Spiers, 39, had sent a text to his mother that read: “Your boy’s in trouble. If anything happens to me, investigate…”

Spiers, who hails from Canterbury, England, had been carving quite a name for himself in the area of UFO research as well as government cover-ups and conspiracies. Like many others in his line of work, he was always wary of those in power who would wish to silence his efforts in order to prevent certain information from becoming generally known. He was found dead in his apartment in Warsaw just a couple of days after he had sent the ominous text to his mother. Police declared that he died of natural causes. He was a healthy 39 year old man and the police made the declaration without an autopsy being performed on him.

Spiers’ mother, Vanessa, stated that, “He was making a name for himself in the world of conspiracy…and had been invited to speak at a conference in Poland…He was staying with a woman who he had not known for long and she told me how she had found him dead on the sofa. But I think Max had been digging into some dark places and I fear that someone wanted him dead.” 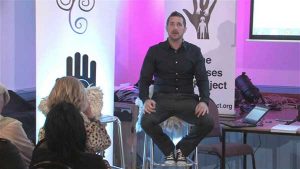 Spiers had recently been launching investigations into certain politicians, business men and entertainment figures. Many of those who have followed Spiers’ work, as well as many noted colleagues in the field, believe that he was, indeed, murdered. This would hardly be the first time someone in Spiers’ position has been found dead without an investigation.

Other noted sites were busy with discussions of his death. Spiers’ mother mentioned that there was a toxicology test being done but she hasn’t heard anything and no one involved will speak to her about it. One writer, Craig Hewlet, noted that, “If it wasn’t true what he talks about, then why would they kill him? Healthy people just don’t get sick and die, they get poisoned.”

Many fear that is what the hidden toxicology report may reveal. Vanessa Spiers concluded that, “Apparently, he had not suffered any obvious physical injuries but he could have been slowly poisoned which is why the results of the toxicology tests from his post mortem are so important.”