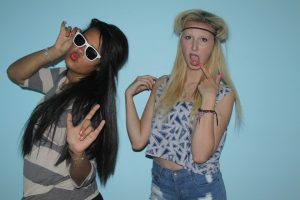 BY KEVIN SAWYER – They go by such names as Liftingcuteshit and Princessklepto and they are world renowned teenage girl shoplifters with their own community at social media giant Tumblr. They brag of their exploits and they steal thousands of dollars worth of merchandise on a daily basis but who are they, really?

They became known as Tumblr’s Bling Ring and they were extremely active online until 2014. That was when one of their own published a list of their online screen names and Tumblr took immediate action and shut them all down. However, less than a year later, the bizarre world of shifty and morally blind teen girl shoplifters was up and running once again. Not only that, but you had to be the best of the best, a real player, to run with these girls some as young as 13 and 14.

Needless to say, these young girls reveled in their fame and celebrity. One posted that, “I just realized that the post called us Tumblr’s Bling Ring and I’m even more flattered. I’m famous. For free.”

The community is tightly bonded and the competition between them is as fierce as any you will see anywhere. Their profiles contain such aliases as Toocutetopay, Spunkthrifter and Mrsliftsalot as well as selfies generally showing them from the neck down or bitmoji avatars. Since the publicity disaster (for them) of 2014, many of the girls are now putting disclaimers at their profile sites saying this is just some sort of fictional role playing game so that they might be able to keep law enforcement at bay.

Being teenage girls they are, of course, mall rats and it is those retailers that fall prey to their skills. Victoria Secret underwear, makeup and jewelry and clothing and music from such places as Aeropostale and other smaller junior brands are usually the things that make up their hauls. They are also experts at seeing the blind spots in any closed circuit security camera system in any store as soon as they walk into a store. 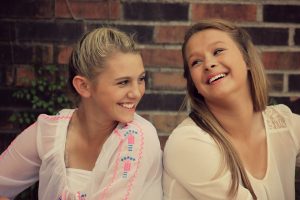 And, of course, it isn’t enough to just blog about your thievery. You must post photos at your site of any recent haul. A complete and thorough inventory is posted along with the prices of each item and how much the entire robbery amounted to in dollars. Many have said that they are not so worried about the stealing as they are about properly staging their stolen items for their profile page.

“The lighting in my house sucks,” said one young thief. “So I’ve been taking pictures in the car and it looks sloppy.”

They are, for the most part, normal high school aged adolescent girls. They are not “young women” as some sectors of society likes to say but middle aged girls who are still trying to fit on different faces and to find acceptance. When they are talking online with one another, life advice comes flying out as much as tips on eluding cameras and eliminating the security tags on clothing with the use of magnets.

What is frightening, many find, is their mind set. For them, it is all about saving money. They are not stealing, they are saving a few bucks.

Addiction therapist, Terry Shulman, states that, for the bling chasers, their motivation is community because they tend to feel vulnerable. There is safety in their community. Also, as a young boy, Shulman knew a thing or two about shoplifting himself. He did it as a young boy as a way of rebellion and acting out but, today, he says, things are very different especially for the young Millennials.

They are forever bombarded with the celebrity culture and it’s really only about being number one. They see shoplifting as a victimless crime and they really have no concept that their actions are, indeed, robbery and theft. Young Millennials, he says, need to be the best at everything and they need constant validation. They need a pat on the head and a trophy just because they showed up. He also knows that the current electronic and online culture is highly addictive. Just look at the addiction to cell phones as one example.

As one young lifter says, “Don’t tell me I can’t steal from million dollar companies that steal from you.”