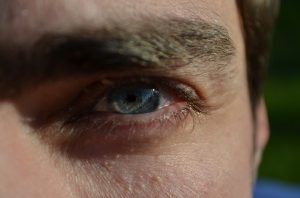 BY KEVIN SAWYER – People don’t tend to change until the pain of not changing becomes greater than the pain of where they are. Same seems to go for a job. Quitting a job is no easy decision. It is a place where you spend most of your waking hours and it is a place that allows you to pay the rent and buy food. Change has always been a scary thing for most people.

But, sometimes, as difficult as it may be, there comes a time when you think that maybe you should move on. Your job is like a romantic relationship. At the beginning there is excitement and expectation. Then, quite often, circumstances arise that cause you to re-evaluate your position. There are certain signs to stay alert for that may cause you to re-evaluate where you are in your career; signs that may suggest to you that it just may be time to move on.

There is no inspiration and you keep promising

As with the aforementioned relationship, perhaps the excitement and expectations you had when you started this job have faded. Maybe it turned out not to be the ideal job you had envisioned when you took it. Do you simply dread having to get out of bed every morning knowing where you will spend the next 8 or 9 hours? Sure, everyone goes through a bad day or two, even a prolonged slump, and swear to themselves that they are going to quit this job. But, are you saying that to yourself every day now?

Culture fail and no interest in the ladder

Maybe you actually like your job fairly well and you get along with your co-workers for the most part. But, there seems to be a bit of a disconnect with you. You feel like you really don’t belong there. Every company has a certain culture and way of being. Perhaps you feel like you just don’t fit in. Maybe you need a sit-down with your boss and brainstorm some ways you might fit in better. Maybe you would be more comfortable with a new assignment or in a new department? If not, you may want to think about moving on. The other thing is growth. Most people want to advance where they are but maybe, just maybe, you really don’t want the job that your current boss has? There will be those around you who will covet it and work hard toward getting it and you will just remain where you are. If there really is no chance for advancement, then maybe it’s time to think about moving on.

Your boss sucks and you’re not a believer

Being a manager or a boss is truly an art that takes great skill to be truly successful at it. Most people, unfortunately, don’t have the mentality or the innate skills to do it so most people in a position of management are not very good at it. A great many of them are simply nightmares. How many times have you seen someone put into a position of management that had never managed anything in their life before? Happens all the time. Many who end up there are narcissists or worse, They are selfish, demanding and controlling. Sometimes that’s enough to consider moving on. Also, you just can’t get fired up about what the company does or what it sells. Even if you like where you are, the company expects you to be excited about what they do. It will, eventually, show up even if you try and hide your lack of enthusiasm.

Too much stress and you’re undervalued and overlooked

The stress and anxiety levels at any job can vary but when they begin to overwhelm you to the point where you are developing emotional or physical afflictions like depression or sleep deprivation, it may be time to start looking around for a work environment that won’t take such a toll on your health. Finally, are your skills really being valued? Are you being tested everyday? Is your knowledge and abilities being properly utilized everyday? If not, you may have developed a rather lethargic attitude which may be causing you to under perform and under produce. This will, usually, be noticed eventually and your thoughts about moving on may be decided for you.

It’s no easy thing to leave a job because there is always a great risk involved. Change is not something people generally embrace. Most people would rather stay where they are, even if they are miserable, simply because they fear the unknown. There are signs that may force you to think about making a change. But, in the end, you need to decide what is best for you. If you’re not satisfied, how can you expect to be of any use to anyone else?