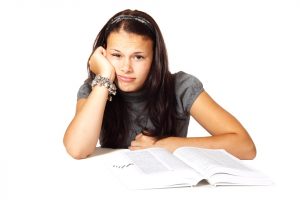 BY KEVIN SAWYER – Are “idiot” courses being offered at many colleges simply there to rake in the cash and leave behind ignorant zombies who have no job prospects and a mountain of debt? It appears to be exactly that as recent research by National Public Radio, and others, has uncovered how many colleges and universities just seem to be taking their students on a long and gullible ride to nowhere.

NPR went to Amherst College, that has no seemingly academic requirements, and discovered a rash of courses that just seem to boggle the mind. The great concern for many is that colleges and universities are only interested in generating cash and could care less that their students learn nothing of value that will help them out in the real world and just end up “graduating” in a pile of student loan debt and an ignorance that it truly scary.

Let’s take some classes offered such as; “Disney for Grownups”, “Knowing Television” and “Video Games and the Boundaries of Narrative”. Studying science, any kind of science, is not required at Amherst College.

So what did Amherst history professor and faculty dean, Catherine Epstein, have to say about such ridiculous courses?

“It’s all good stuff,” Epstein said, “as long as it’s taught in a rigorous way.”

Apparently she said that with a straight face.

Moving on to other universities such as Ohio State, you can take a class on zombies. Anthropology professor Jeffrey Cohen explains the course by saying that, “Looking at past societies, we look at how zombies have developed. We also expolore the parallels and connections that link cannibalism, disease and witchcraft to the undead as well as social rules and rituals. Finally, we explore the place of zombies in contemporary life.”

You can pretty much find courses about zombies at hundreds of colleges and universities. But, like the guy says on the late night infomercial: But, wait! There’s more!

Here is a short list of such “idiot” classes currently being “taught” and American colleges and universities:

The list, it seems, is endless and we could go on but, what would be the point?