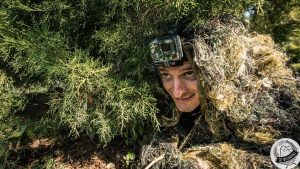 BY KEVIN SAWYER – One of the most legendary childhood games of all time, hide and seek, will be conducting its world championship in a couple of weeks. It is the 6th Annual Nascodino (“hide and seek” in Italian) World Championship and it will be held in the sleepy little town of Consonno, Italy. 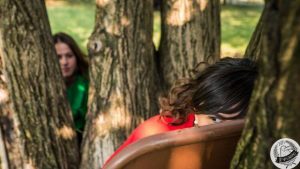 The event started out as just a one time publicity stunt to encourage tourism back in 2010 but it has exploded into a world wide phenomenon as hundreds of players gather once a year in early September to determine who, indeed, will be the greatest hide and seek player of the year. 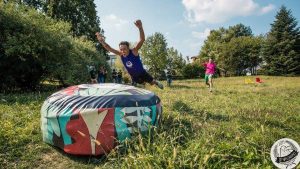 The small village of Consonno used to be flooded with tourists as they had a sightseeing train as well as a state of the art zoo but the village has fallen on hard times, as has many places in the world, so the Hide and Seek World Championship is a stroke of luck that has brought back the tourists and a much needed revenue stream.

Unlike the original childhood game, this tournament is only for those 18 years of age or older. The tournament is played by teams of five players and registration for the world championship tournament costs around $200. After the teams have been assembled, they are then divided up into four different participating groups. 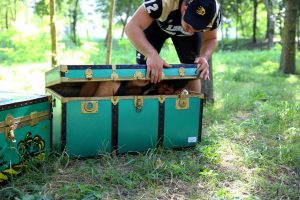 Then, one player is chosen from each group to go off to hide while a “neutral” group counts to sixty. We are not certain if it is a straight count or if the “One-Mississippi” method is used. Then, the race is on to find the players before they can make it to a small bouncy mattress that is placed in the middle of the tournament field which stretches for several acres around. The hidden player must leap and dive on it while the searches have only ten minutes to find the hiding player. Points are given to the hiders that make it to the mattress.

The tournament continues for two days with standings kept and a champion of the world determined. The “neutral” team are the seekers and it is not easy to score points. This is mostly because the “neutral” team is composed of British and Australian rugby players and American football players. They are extremely big, fast, and they sure know how to tackle someone dashing for the mattress. The first tournament in 2010 drew 15 teams. This year’s world championship event will host 64 teams.