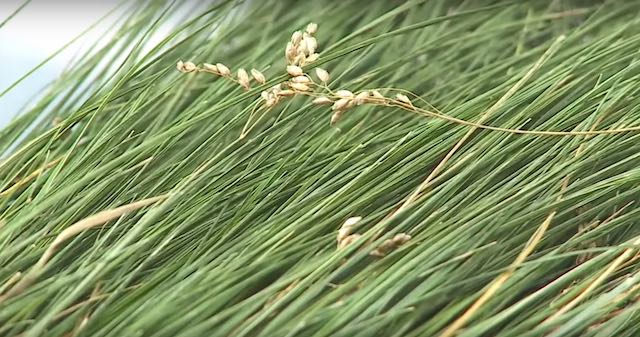 Mother nature often knows best – and when it comes to repelling mosquitoes, sweetgrass is one of its secret weapons.

This is no surprise to Native Americans, who have long used the fragrant plant to ward off insects. But now science is finally catching up.

In a recent study, researchers with the U.S. Department of Agriculture identified the two compounds in sweetgrass that mosquitoes don’t like: coumarin and phytol.

Scientists used the substances to create fake blood samples to see which ones would repel the pesky bugs. They found that the samples containing the sweetgrass ingredients were just as effective as the chemical repellent, DEET.

But duration is key.

“It may work well in our bioassay for three minutes,” Dr. Charles Cantrell told the BBC, “but how does it work for three hours? These are questions that we’re going to try to answer over the next year or two.”

Despite concerns about its toxicity to humans, DEET is still the go-to ingredient for repelling bugs. But the demand for safer products is driving scientists to look to nature and traditional folk remedies.

When it comes to getting mosquitoes to buzz off, sweetgrass is a true home remedy. It is easy to grow in your own garden or as a potted plant. A single clump can live up to five years.