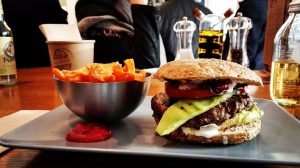 BY KEVIN SAWYER – A new research study performed by a combined research team from both Brazil and the United States has confirmed that 60% of what Americans are eating really is junk. In addition, the terrible diet is leading to increases in many diseases as well as a rise in obesity.

The study found that 57.9% of the people they studied have diets that are extremely high in fat, sugar, salt, and highly processed foods that contain almost no nutritional value at all. Because of this poor diet, researchers are finding soaring rates of heart disease as well as diabetes among Americans to say nothing of obesity which has begun to take on epidemic proportions.

In addition, the researchers discovered that more than 20% of the calories in the processed foods consists solely of sugar. Experts have long agreed that only about 10% of calories everyday should come from sugar if you even decide to include sugar in your diet at all. The researchers studied 9,300 adults and children from across the country. The researchers were based at the University of Sao Paulo and at Tufts University in Boston.

Dr. Carlos Monteiro, of the University of Sao Paulo, stated that, “The most common ultra-processed foods in terms of energy contribution were breads, soft drinks, fruit drinks, and milk based drinks; cakes, cookies and pies; frozen and shelf stable plates; pizza and breakfast cereals. Ultra processed foods comprised 57.9% of energy intake and contributed 89.7% percent of the energy intake from added sugars.”