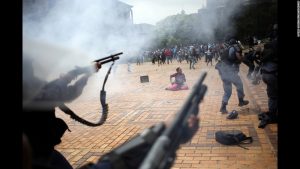 Riots continued in South Africa as students continued to battle the army and the government over a hike in tuition costs and fees. 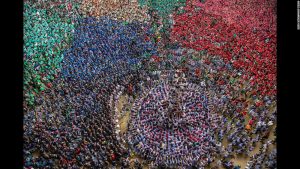 This human tower was all part of the games and celebrations at the Tarragona Competition held annually in Tarragona, Spain. 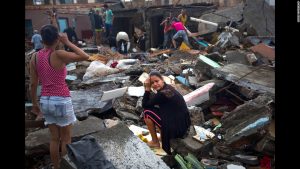 The Category 4 storm, Hurricane Matthew, left nothing but devastation in its wake as it roared through the Caribbean and up the southern east coast of the United States. Here, a Cuban woman mourns the loss of her home. 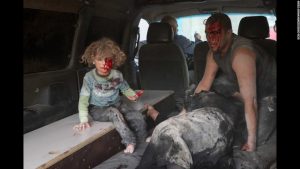 Airstrikes and attacks continue to ravage Syria as the civil war there continues with no end in sight. 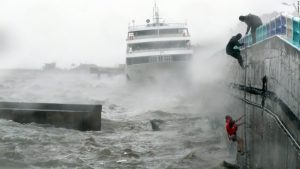 Typhoon Chaba crashed into the Pacific Coast of Asia causing horrific damage everywhere. Here, South Korean sailors were caught at sea and were eventually rescued by a passing ship. 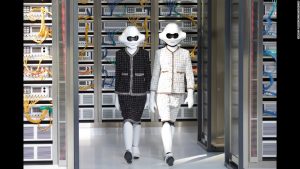 Fall fashion for 2016 made a startling and stunning debut at the Chanel Fashion Show in Paris last week. 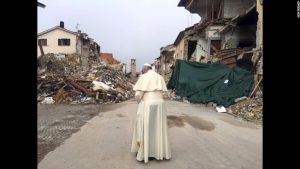 The Catholic Christian pope, Francis I, visits Amatrice, Italy. He prayed with the townspeople soon after the town was rocked by an earthquake. 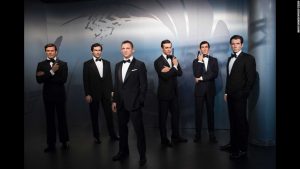 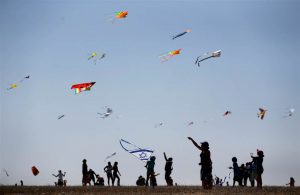 Kites take wing in Israel as the celebration of the Jewish new year, Rosh Hashana. got under way. 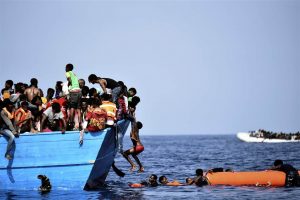 The migrant situation in the world continues as hundreds of thousands continue to risk their lives to flee the Middle East and Africa for the chance of a better life in Europe.