Today, the 2-year anniversary of “Glee” actor Cory Monteith’s death, his girlfriend at the time Lea Michele (also on “Glee”) has posted a touching tribute to him on social media. 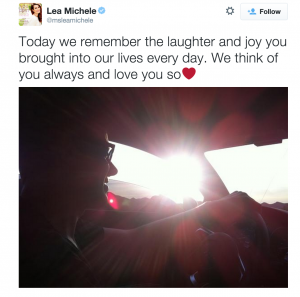 Monteith was found dead at age 31 in a hotel room in Vancouver, a result of a mix of both alcohol and heroin. Social media has been flooded with the hashtag #2YearsWithoutCory as fans express their condolences. He rose to fame playing Finn Hudson, football jock turned Glee Club leader in the popular Fox show Glee. Lea Michele played his love interest Rachel Berry, an unpopular aspiring Broadway singer in high school. The real life couple had been dating for over 2 years and there was speculation regarding a possible engagement coming up. 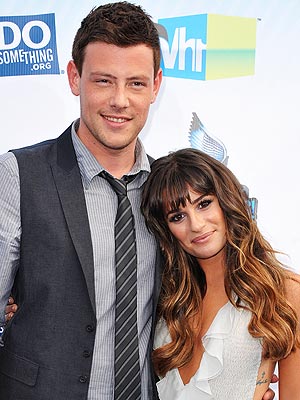 The tragic death of Monteith came after a long history of drug abuse and him seeking treatment in March 2013.