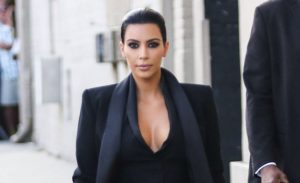 The reality tv star and her husband, rapper Kanye West, are expecting their second child, a boy. However, this time she won’t be giving him a name that is a “lower direction” than her two year old daughter, North.

When questioned on Shaquille O’Neal’s Big Podcast how many times she has been asked if she will name her baby South West, she said: “I’ve been asked hundreds of times. And I think it’s the stupidest question”.

“Why just add another direction? We’re good. North is the best. I don’t want to try and duplicate that with like a lower direction, you know?”

Kanye recently spoke out to defend his daughter’s “newfangled” name stating, “Ya’ll be calling my daughter’s name weird, like, her name should be like some name that you’ve heard before and all that. I don’t like to say that it’s weird when it’s innovative and fresh. Like I hate that, like, creatives are beat down so much and are put in a position where they can’t even speak out loud, that’s the reason why the world be ugly, because there’s millions of beautiful colors in the world but the world is only controlled by one color.”