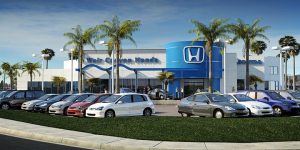 Japanese automaker Honda has agreed to pay $25 million to settle a U.S. lawsuit claiming the automaker discriminated against minority buyers by overcharging them for auto loans, U.S. authorities announced.

According to the U.S. Department of Justice and the Consumer Financial Protection Bureau, American Honda Finance Corporation, a branch of Honda based in California, generally discriminated against African-American, Hispanic and Asian borrowers in lending and financing.

The lawsuit claims that minority borrowers were charged the highest interest rates “because of their race or national origin and not because of the borrowers’ creditworthiness or other objective criteria related to borrower risk”.

For instance, they said, the average African-American borrower paid over $250 more during the loan term because of discrimination, while Hispanics paid over $200 and Asians over $150.

Honda will pay $24 million in compensation to alleged victims and $1 million to fund a consumer financial education program for minorities.

Honda also said they will significantly limit the markup in interest rates the dealers can charge.

“We commend Honda for its leadership in agreeing to impose lower caps on discretionary markups and for its commitment to treating all of its customers fairly without regard to race or national origin.”, “We hope that Honda’s leadership will spur the rest of the industry to constrain dealer markup to address discriminatory pricing.”, said Vanita Gupta, head of the U.S. Department of Justice’s Civil Rights Division.