Can you find the love your life on a blind date?

Garth,43, met her new husband Dave Abrams (34-you go girl) in just this way back in the Fall.

Garth gushed to People magazine in a recent interview “”Things just lined up and I was like, ‘I don’t need it, I don’t want it,’ and there it came,” www.people.com

And went to say that he completes her.

Garth was previously married before to actor Peter Facinelli. The two have three daughters together.

The divorce in 2012 felt to Garth like “the rug was being pulled out from under me”.

She told interviewers that she had desperately wanted to save her marriage.

Fast forward to Fall of 2014 and then to March of 2015 where Garth becomes engaged to her new sweetie.

She’s feeling more at peace than she has in years. 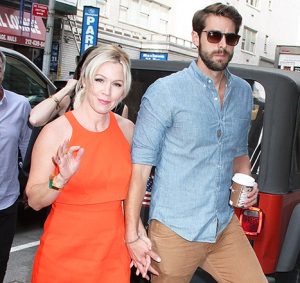