BY KEVIN SAWYER – He is considered to be, perhaps, the greatest, and most artistic, roller of marijuana joints of all time. His name is Tony Greenhand and he is a 26 year old high school dropout from Washington who has found fame, and quite a fortune, seemingly by accident. 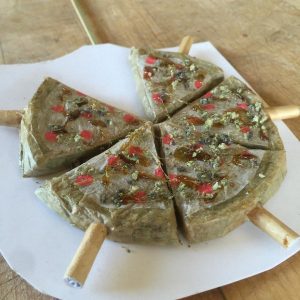 His joints are true masterpieces of art and Tony has created joints that resemble everything from AK-47’s to hot dogs, to pizzas, to superheroes, to world famous celebrities. His new found livelihood, however, seemed to come to him in a most accidental manner. He recalls his first efforts as a teenager in the art of rolling a joint. He states that he was a dismal failure and could barely even roll one that could be smoked. But rather than despair, enterprising Tony went out and bought an ounce of pot and spent a weekend rolling the whole bag. By the end of the ounce, he seemed to have mastered the art of rolling the standard type joint. 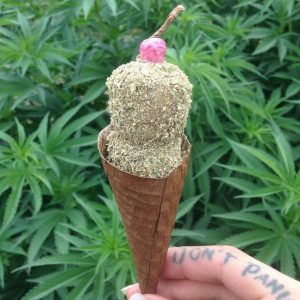 After leaving high school, he got into the underground weed world of Washington state. He had become a true expert at rolling joints and soon became a favorite of pot heads everywhere. He began experimenting with various forms and created a rocket and a dragon. His friends in the weed underground were so impressed that they urged him to photograph his creations and post them on Reddit and see what happened. 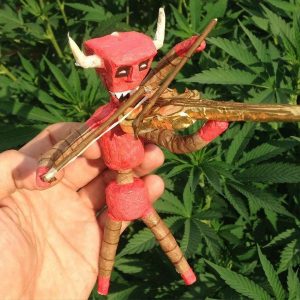 Before Tony could even catch his breath, his pics were going viral and his email was simply overwhelmed with requests for custom rolled joints. So, what is a young entrepreneur to do but to seize the opportunity? He was, now, a professional roller of joints. Young Tony had actually invented a profession, as well as an art, and is considered to be the master by everyone around the world. 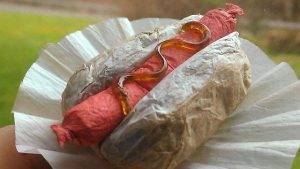 While Tony makes $50 an hour for his efforts, the delivery of the final product is the tricky part. So, he has customers meet with him in Oregon to pay him or to drop of the weed they want designed into a specific form. Or, like many of his rich or celebrity clients have done, they simply pay his expenses and Tony comes to them. He had created a complete set of miniaturized joint weapons that he ended up selling for $7,000 and many of his creations go for at least $1,000 each.

Tony says, “Who can say they roll joints for a living? It doesn’t even sound real when I say it. At the end of the day, though, I don’t hurt anybody.”