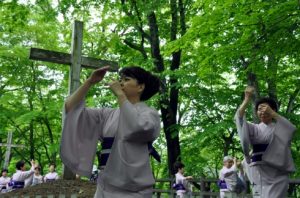 BY KEVIN SAWYER – In the tiny village of Shingo in northern Japan, there is a tomb marking the final resting place of a shepherd and garlic farmer who died there over two thousand years ago. He was known as Daitenku Taro Jurai. He was married to a beautiful farmer’s daughter, raised three children with her, and lived to the age of 106.

To the rest of the world, however, he was know as Jesus of Nazareth; the inspiration for one of the world’s largest religions with nearly two billion followers. So, how did this come to be? How did Jesus go from the Biblical accounts of his being murdered by crucifixion in Palestine to ending up half a world away and settling down as a family man and humble farmer? 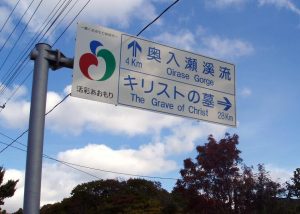 The story of Jesus in Japan begins in the early 1930’s when Japanese archaeologists discovered an ancient set of documents. They became known as the Takenouchi Documents and they tell a most curious and fantastic tale. The ancient sacred texts state that Jesus left Judea and Palestine when he was 21 and went to Japan to study. He studied with a great Japanese master and holy man at the base of the sacred Mount Fuji where, according to Japanese myth, the gods from the sky came and created the Japanese. He was there for 12 years which seems to coincide with the Biblical mention of Jesus’ “lost years” where, apparently, no one knew where he was. At age 33, he returned to Judea and Palestine and began his ministry and teaching. 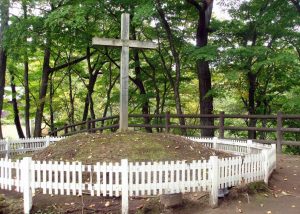 Most are familiar with the three years that Jesus went around the countryside teaching and how he was condemned but the authorities and murdered by way of crucifixion. However, here is where the story takes a curious turn. Apparently, Jesus had a brother named Isukiri who had traveled back with him from Japan. Isukiri told Jesus that he had to get out of Judea and he swapped places with him and it was Isukiri who died on the cross.

Jesus, then, escaped and tried to make it back to Japan. The story says that he traveled for four years and suffered great hardship as he traveled through Russian Siberia to get home to Japan. His journey took him 6,000 miles and he kept with him his brother’s severed ear and a lock of his mother’s hair; both of which are in a box buried with him at his grave site. 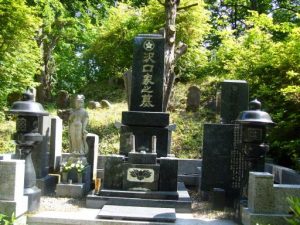 He took on a new name and tried to live the life of a humble family man and farmer. The texts say that people thought him a rather strange looking being with a long sharp nose. In those times, in the East, and especially in Japan, the culture seemed eerily similar to where Jesus had come from in Palestine. When a child was born, a piece of charcoal was taken and a cross was marked on their foreheads and they were carried around by the women in baskets. Women wore veils and men wore long robes and togas and the clothing and wrappings that the children wore were embroidered with a symbol that looked exactly like the Star of David.

In addition, the peculiar language spoken in the Shingo region resembled ancient Hebrew more than it did Japanese. Certain religious scholars in Japan believe that the region was founded by one of Israel’s Lost Tribes. Less than 1% of Japan’s modern day population declare themselves to be Christian. Japan is a heavily Zen Buddhist and Shinto country. An early brand of Christianity had sprung up in Shingo but its followers were persecuted and murdered and the faith had to survive by going underground.

The Takenouchi Documents were destroyed mysteriously some time after the end of World War Two. It is not known if they were destroyed by the Japanese or by the American authorities who ruled Japan after the war. Also contained in those documents was Jesus’ last will and testament that he purportedly spoke aloud as he lay dying. After his death, his body was left on a mountaintop for four years and then his bones were retrieved and buried in their current resting place.

A replica copy of the Takenouchi Documents now rests in the Legend of Christ Museum in Shingo. Aside from the fantastical tale of Jesus in Japan, it also records the history of Atlantis as well as the extraterrestrial origins of the human race.