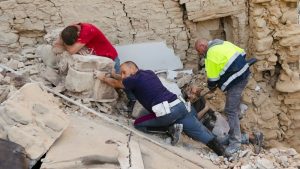 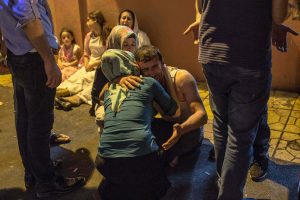 Relatives mourn the deaths of 15 people who were murdered by a homicide bomber let loose on a wedding in Turkey by the Islamic State. 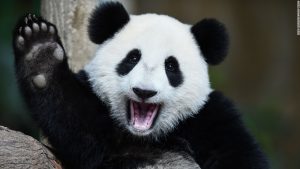 An excited Nuan Nuan celebrates her one year old birthday at her home at the national zoo in Kuala Lumpur, Malaysia. 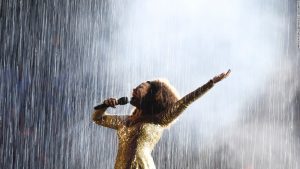 Mariene de Castro formally brought the Summer Olympics in Rio to a close with a thunderous song. 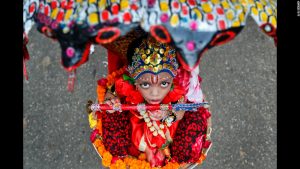 A little child leads a celebration in Bangladesh in honor of the birthday of the great Hindu god, Krishna. 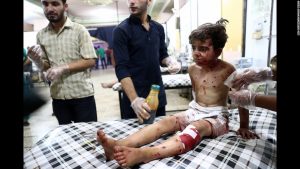 A child waits for a doctor after yet another terrifying airstrike as the civil war in Syria continues to rage with no end in sight. 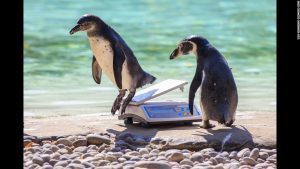 Penguins, like boxers, go through their annual weigh-ins at the London Zoo. 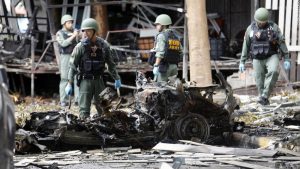 Thailand’s bomb squad checks out a car bomb that exploded at a hotel in downtown Pattani, Thailand. A least one person is dead and over 30 are wounded. 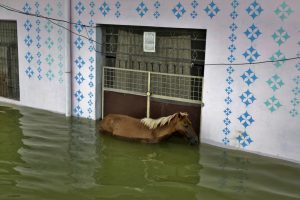 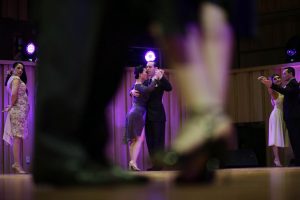 The World Tango Championships are being held in Buenos Ares. Nearly 500 couples from around the world are participating. 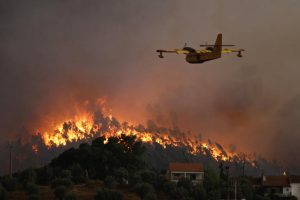 A water tanker plane heads toward the massive wildfires that have been raging throughout Portugal. 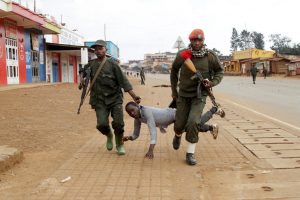 Soldiers of the army of the African nation of the Congo take care of a protester. Protests have been waged recently as the citizenry seeks to stop the government from randomly murdering people. 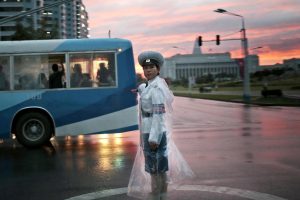 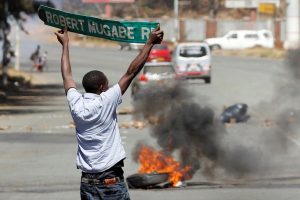