Using data collected from NOAA, we’ve composed a list of the ten worst hurricanes to make landfall in the U.S.

These powerful storms have wrecked havoc across the country killing thousands of people and causing billions in damage. 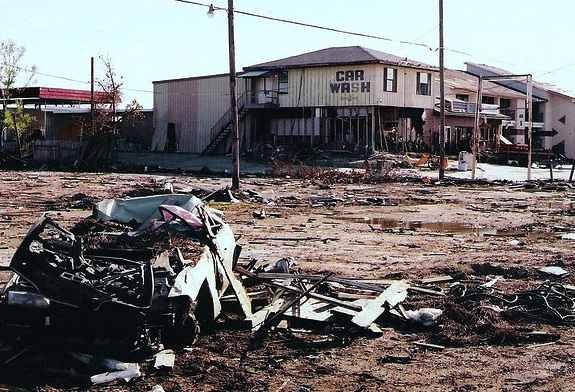 Hurricane Camille struck the Mississippi coast on August 17, 1969. The storm’s minimum barometric pressure of 26.84 inches made it the second most intense hurricane in U.S. history, behind the 1935 Labor Day hurricane.

Camille’s winds at landfall were so strong that they destroyed all recording instruments. Estimates indicate maximum sustained winds of nearly 200 mph.

This storm led to implementation of the Saffir-Simpson Hurricane Wind Scale after residents felt that the hurricane warning system left them ill-prepared for the ensuing damage.

The combination of winds, storm surge, and flooding caused 256 deaths. 143 of the deaths occurred on the Gulf Coast; the rest resulted from flooding in Virginia. Total damage at the time of the storm was $1.42 billion. 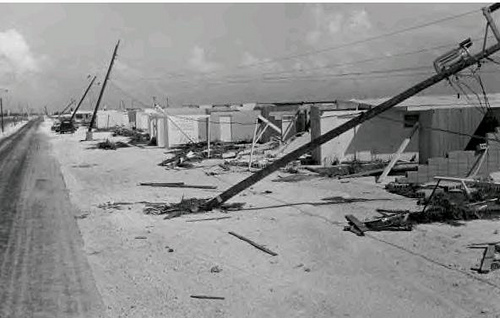 Donna holds a record for maintaining hurricane status for 17 days. The slow progress of the storm made for extraordinarily heavy rainfall, causing lakes and streams to overflow and forcing evacuation of some homes. High water also closed roads and inundated agricultural lands. Hurricane Donna produced significant storm surges. The Florida Keys’ surge was as high as 13 feet, with 11 feet along the southwest coast of Florida and four to ten feet in North Carolina and New England. 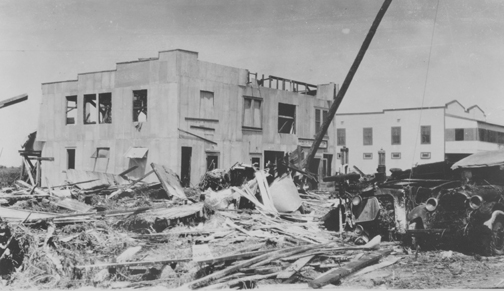 The Lake Okeechobee Hurricane, also known as the San Felipe Segundo Hurricane, struck South Florida as a strong Category 4 storm on September 16th, 1928. It cost over 4,078 lives – 2,500 in South Florida alone – making it the second most deadly hurricane in U.S. history. Damage total approx. $100 million, including its impact in the Caribbean.

The greatest loss of life was around Lake Okeechobee. Winds pushed the lake’s water onto the lake’s southern shore, causing a hastily-built dike to fail. Water rushed onto farmland, drowning thousands of people, most of them non-white migrant farmers. Many of the victims’ bodies were washed into the everglades and never found. 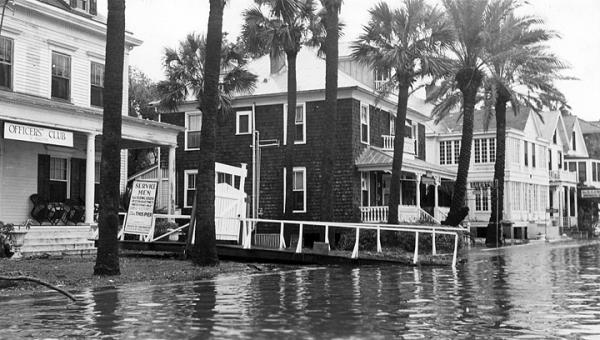 The Cuba-Florida hurricane struck near Sarasota, Florida on October 19th 1944. The hurricane crossed the state, reaching the Atlantic coast near Jacksonville. The hurricane again made landfall just north of Savannah Georgia and passed through South Carolina, North Carolina and Virginia. The area between Sarasota and the Everglades suffered the greatest damage from high tides, with a maximum tide of 28 feet. The hurricane was responsible for 18 deaths in Florida and over $100 million in damage. Most of the citrus harvest in Florida was destroyed.

The hurricane caused the greatest destruction in northern Cuba, killing approximately 300 people. Most of Havana harbor was littered with wrecked and sunken ships.

The Cuba-Florida Hurricane occurred while WWII was in full effect. Luckily, there were many military bases and training fields in the St. Augustine area. Local officials worked with the U.S. Coast Guard, U.S. Navy, U.S. Army and the Florida State Guard to move residents to shelters. This minimized injuries and causalities. 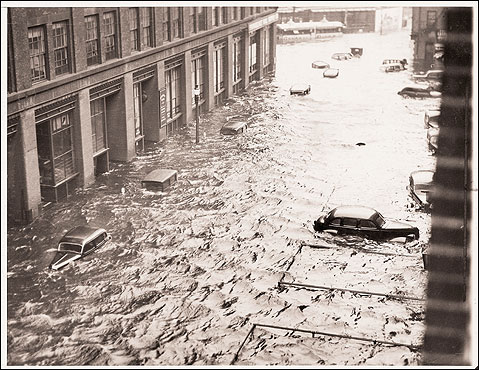 The Great New England Hurricane, also known as The Long Island Express and Yankee Clipper, was a Category 3 storm that struck Long Island and Connecticut on September 21, 1938. The storm arrived without warning at an extremely high tide, causing 12-25-foot surges throughout southern New England. Sustained winds of 121 mph were reported, downing power lines and blowing roofs off of houses. Due in part to the lack of warning, this hurricane caused 600-800 fatalities and $308 million in damages.

On September 19, weather forecasters were predicting that the hurricane would strike Florida. Late in the day on the 19th, the storm turned north. Forecasters, figuring that the hurricane was heading out to sea, issued high wind warnings and called it a day. But conditions in the North Atlantic caused the storm to triple in speed. It traveled 425 miles in less than eight hours. 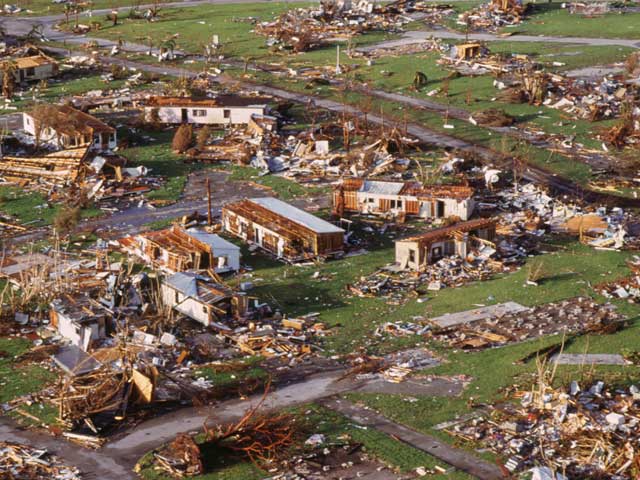 Hurricane Andrew struck Dade County, Florida as a category 5 storm, with a central pressure of 922 millibars, the third lowest in the 20th century. At the time, Hurricane Andrew was the costliest on record, causing $26.5 billion in damage. Both Katrina and Ike have caused greater damage in more recent years.

Although Hurricane Andrew was the most destructive hurricane when it struck in 1992, it is ranked as only the fifth most destructive on this list. Normalizing all hurricanes since 1900 based on current conditions such as changes in wealth, inflation, population, and housing units, makes Hurricane Andrew fall far short of storms such as the Galveston Hurricanes in 1900 & 1915, Katrina, and The Great Miami Hurricane of 1926. 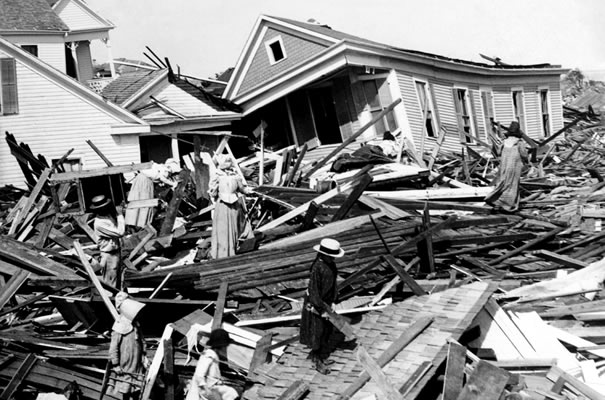 The 1915 Galveston Hurricane struck Galveston, Texas on August 17, 1915 as a category 4 storm. It arrived only fifteen years after the 1900 hurricane that devastated the Galveston region and killed at least 8,000 people. After the 1900 storm Galveston built a seawall to protect the city from future hurricanes. Thanks to the seawall, only 11 Galveston citizens lost their lives in the 1915 hurricane, despite the storm’s 21-foot waves 16-foot storm surge. 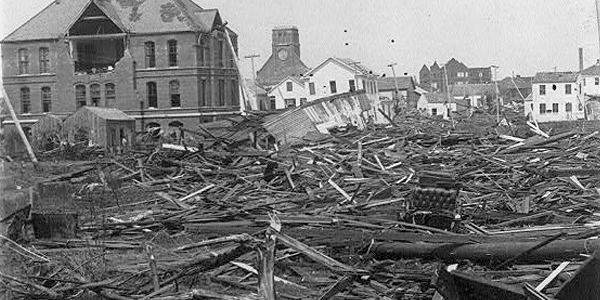 The 1900 Galveston Hurricane was a category 4 storm with 145 mph winds when it made landfall on the city of Galveston, Texas on September 8, 1900. The hurricane produced a storm surge of more than 15 feet. The 1900 Galveston Hurricane is known as the greatest natural disaster ever to strike the United States. The storm is said to have caused at least 8,000 deaths, and by some reports as many as 12,000. The second deadliest storm was the Hurricane of Lake Okeechobee in 1928, with approximately 2,500 causalities. The Galveston storm destroyed 3,600 buildings and caused damage exceeding $20 million.

This Hurricane was first detected over the Atlantic Ocean on August 27.  The actual track and intensity is not fully known; however, the storm reached Cuba on September 3rd as a tropical storm and moved into the Gulf of Mexico on September 5th.  The storm rapidly increased in intensity, reaching Category 4 by the time it made landfall on Galveston, Texas. 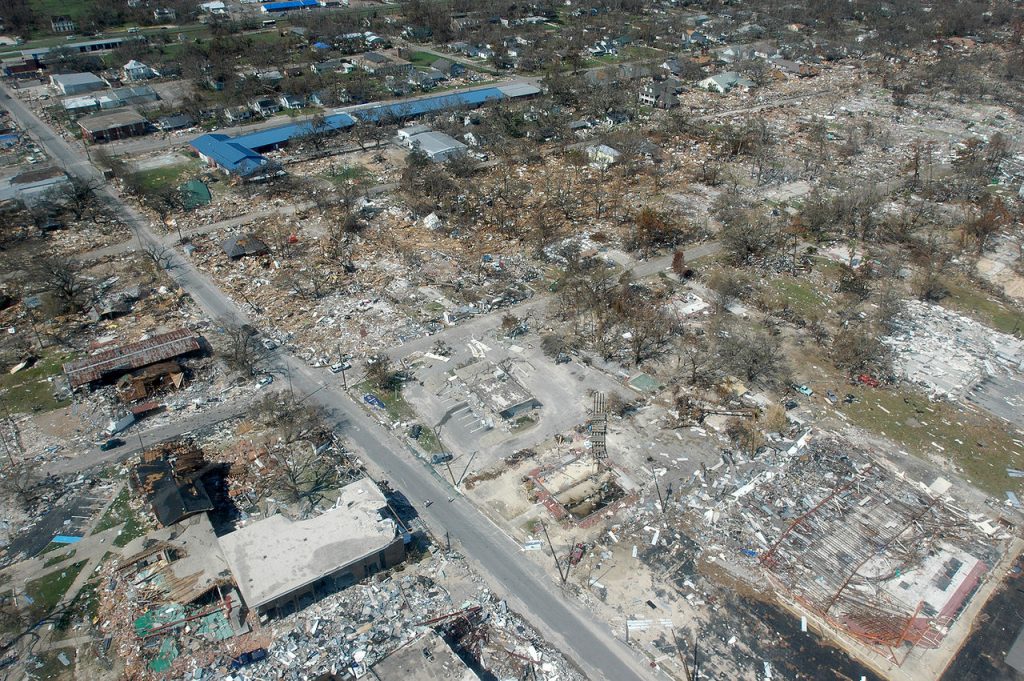 Hurricane Katrina was an extraordinarily powerful and deadly storm that carved a wide swath of catastrophic damage. Katrina was one of the deadliest and most destructive Atlantic hurricanes in U.S. history, with at least 1,836 fatalities and total property damage of approximately $81 billion.

Katrina first made landfall in southern Florida as a category 1 hurricane, causing some damage and fatalities. The storm increased to Category 5 after entering the warm waters of the Gulf of Mexico, but weakened to Category 3 before making landfall on the Gulf Coast. Despite its category, the location of the landfall along the low-lying Mississippi and Louisiana coastlines made for staggering destruction and loss of life.

The Great Miami Hurricane was a category 4 storm when it struck Miami on September 18th of 1926, virtually destroying the city. Storm tides in Miami ranged from 7.5 to 11.7 feet. At Miami Beach the tides ranged from 10.6 feet on the ocean side and 6.4 feet on the bay side. The hurricane also caused significant damage in the Florida panhandle, Alabama, and the Bahamas. Deaths from the hurricane totaled 372, with damage estimated at $105 million.

The National Oceanic and Atmospheric Administration has rated the Great Miami storm as the most damaging U.S. Atlantic hurricane of all time. If an identical storm had occurred in 2005, damage would have totaled $178 billion, nearly double the damage caused by Katrina.