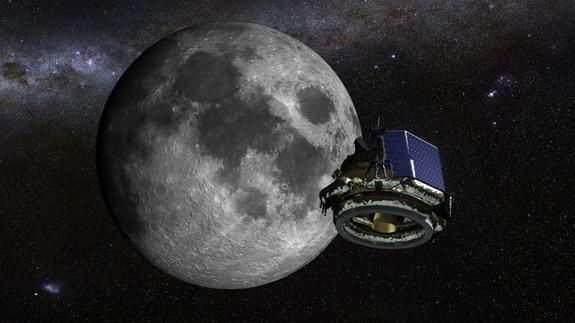 The first private moon landing could be just two years away.

California-based company Moon Express, which aims to fly commercial missions to the moon and help unlock its resources, has signed a five-launch deal with Rocket Lab, with the first two robotic liftoffs scheduled to take place in 2017.

These uncrewed launches – three of which are firmly on the books, with the other two optional at the moment – will blast Moon Express’ MX-1 lander into space aboard Rocket Lab’s 52.5-foot-tall (16 meters) Electron rocket. The goal is to test out the MX-1 and its systems, making sure the spacecraft can land softly on the moon, move about the lunar surface, grab samples and return them to Earth.

“The holy grail of our company is to provide, to prove, a full-services capability – not just landing, but coming back from the moon,” said Moon Express co-founder and CEO Bob Richards, who announced the new launch deal today (Oct. 1) at the Space Technology & Investment Summit in San Francisco.

If the MX-1 nails its landing on the first mission, “we’re going to be inspired to try a sample-return,” Richards told Space.com. “I don’t know if we’ll do that on the second mission, but I sure hope we’re trying it by the third mission, if all is going that well.”

The contract puts Moon Express in position to possibly win the Google Lunar X Prize, a $30 million competition to land a privately funded robotic spacecraft on the moon by the end of 2017. The first team to do this – and have the craft move 1,640 feet (500 m) and beam high-definition video and images back to Earth as well – will win the $20 million grand prize. (The second team to accomplish these goals gets $5 million; another $5 million is available for meeting certain other milestones.)

Sixteen teams remain in the running for the Google Lunar X Prize, so the outcome remains very much up in the air. For example, one team, Astrobotic, signed a contract in 2011 to launch its lunar lander aboard a SpaceX Falcon 9 rocket. Astrobotic representatives have said they plan to launch in 2016.

The 3.9-foot-wide (1.2 m) Electron rocket is designed to deliver a 330-lb. (150 kilograms) payload to a sun-synchronous orbit 310 miles (500 kilometers) above Earth, according to Rocket Lab’s website. The two-stage rocket is not operational yet; commercial launches are scheduled to begin in 2016, say representatives of the company, which is headquartered in California but has a New Zealand subsidiary. (Moon Express will have the option of launching from Rocket Lab’s range in New Zealand or from a site in the United States.)

“Rocket Lab is pleased to begin working with Moon Express to launch its spacecraft and to provide support to such an ambitious mission,” Rocket Lab CEO Peter Beck said in a statement. “Moon Express has used advanced orbital mechanics to enable this mission from low-Earth orbit.”

Electron is quite an affordable option as far as orbital launches are concerned, with each liftoff costing just $4.9 million. Falcon 9 launches, for example, cost about $60 million each.

“We think the collapse of the price to get to the moon is going to enable a whole new market – kind of like the 4-minute-mile of space,” Richards said.

The MX-1 landers that blast off atop an Electron will be relatively small, constrained by the rocket’s size.. But the MX-1 is scalable, Richards said, and can be modified as needed to help the company achieve its ambitious goal of opening up the moon and its resources to commercial use.

“As the market responds, we will be able to provide the platforms to support the market,” Richards said. “We’re starting small; we’re starting with the baby steps.”