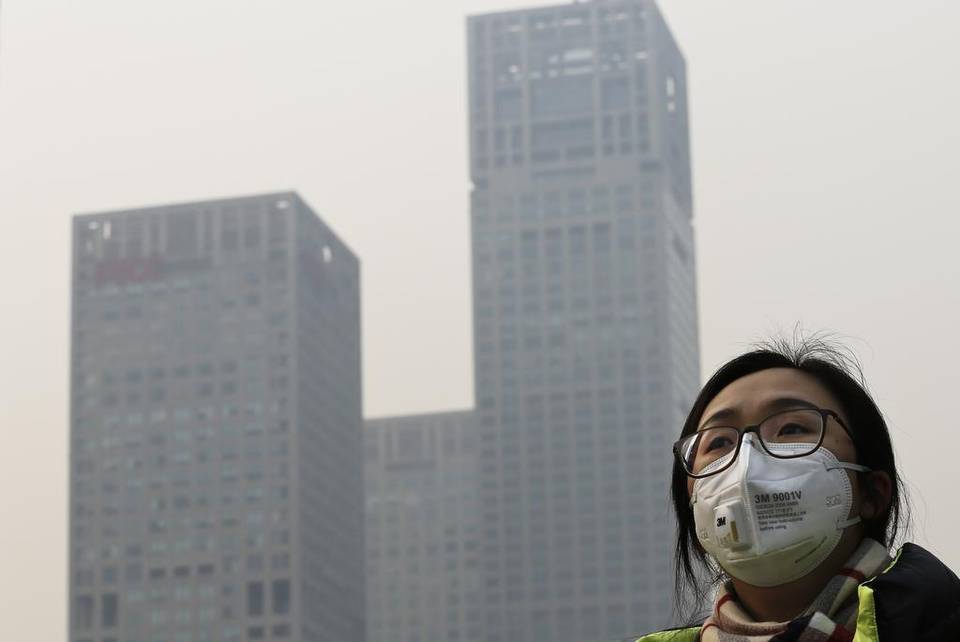 Global carbon dioxide emissions may be dropping ever so slightly this year, spurred by a dramatic plunge in Chinese pollution, according to a surprising new study released Monday.

The unexpected dip could either be a temporary blip or true hope that the world is about to turn the corner on carbon pollution as climate talks continue in Paris, said the study’s authors, a scientific team that regularly tracks heat-trapping pollution.

One skeptical scientist offered a $10,000 bet that world emissions will keep rising despite the findings, which were published on the same day that Beijing issued its first ever red alert for smog, urging schools to close and invoking restrictions on factories and traffic.

Still, some leaders cheered the study, published in the journal Nature Climate Change.

“That shouldn’t tell us we don’t need to do anything, but that shows there is action,” Janos Pasztor, the United Nations assistant secretary general for climate change, told The Associated Press. “Things are going in the right direction. All we need is a strong agreement.”

Using preliminary data through October 2015, the international team of emission trackers project that worldwide emissions of carbon dioxide this year will be down by 200 million metric tons (220 million tons). Last year, the world pumped an estimated 35.9 billion metric tons (39.6 billion tons) into the air by burning coal, oil and gas, along with making cement.

Still, the change is so small – 0.6 percent – that it may not be a decrease at all because of the margin of error. As a result, the change could range from a slight increase of 0.5 percent to a decrease of as much as 1.6 percent.

If it is indeed a decrease, however, study authors said this would be the first time global carbon dioxide emissions have dropped, even if only slightly, while the world economy grows. Global emissions fell during the last big recession.

While total emissions have been climbing, the rate of increase has slowed in recent years. Still, this year’s figures could be a blip, with emissions going right back up, said study co-author Corinne Le Quere of the University of East Anglia.

“We have a mountain (of emissions) in front of us,” Le Quere said. “Maybe the mountain is a bit less and steep than we thought. But it’s still a mountain.”

U.S. Environmental Protection Administrator Gina McCarthy said: “I will take the blip any day; it’s much better than saying it’s increasing. But I think it may just represent a strategy that will be more long term.”

Greenpeace’s international climate politics chief, Martin Kaiser, said this is not enough of a reason to celebrate or be complacent, as emissions have to come down fast in order to save the planet.

Stanford University’s Ken Caldeira expressed even deeper caution: He offered to bet the authors $10,000 that emissions haven’t peaked yet, a bet the authors weren’t quite willing to take.