With San Diego Comic-Con 2015 underway, everyone’s favorite TV shows, comics, video games, and more are getting hyped up and news is being released. The BBC has finally released promotional materials for the long awaited return of their Sherlock miniseries. However, we still have a while to go– the three episode Season 4 won’t be here until 2017, but this Christmas there will be a Sherlock Christmas special set in the Victorian Era! It’s not a part of the regular plotline according to creator Steven Moffat, but it’s sure to be just as quality! (PBS has posted an exclusive teaser here.) John Watson is rocking the mustache (complete with curls) while Sherlock appears to have lost his signature curls. 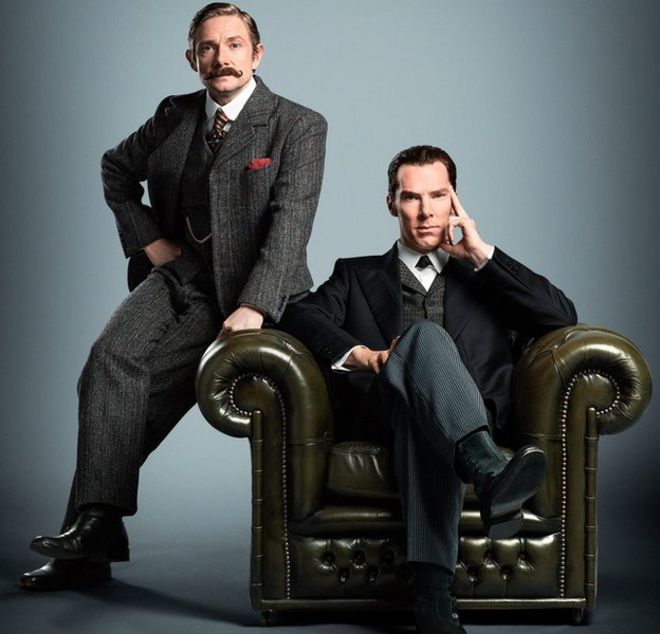 December is still quite a ways away though. Until then, Andrew Scott, Benedict Cumberbatch, and Mark Gatiss (who play Jim Moriarty, Sherlock Holmes, and Mycroft Holmes) have released a brief and silly message for all the fans.

So get excited Sherlockians, but not too excited because we still have 2 more years until we get to see the dynamic duo take on… who even knows?

The game is on. […] was full of news for the nerds of the world (as we’ve already seen with the Sherlock teaser). The newest piece is regarding the highly anticipated R-rated Deadpool movie set to premier on […]