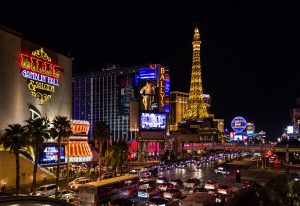 BY KEVIN SAWYER – An extremely harrowing turn of events for Pokemon Go players as a couple of players ended up in a dramatic shoot out in a Las Vegas park on Monday as thieves were confronted by armed Pokemon Go players. An 18 year old with a teenage accomplice approached and tried to rob a small group of Pokemon Go players at gunpoint but he was met with unexpected force by the avid gamers.

The attack and ensuing gun battle took place in the early morning, around 4 AM, at Gary Reese Memorial Park which lies just a few miles from the downtown Las Vegas strip. The 18 year old would be thief, Elvis Campos, and one of the Pokemon Go players were treated at a local hospital for gunshot wounds. Las Vegas police ended up arresting Campos and taking him into custody while charging him with armed robbery, battery and conspiracy. All included the added charge of doing so with a dangerous weapon. 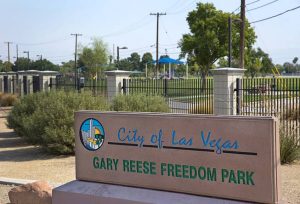 Campos’ get away driver, a young teenage boy, was also taken into custody by the Las Vegas police. The Pokemon Go player who shot Campos remains unidentified by police but they did say that the gamer had a firearms license allowing him to carry a concealed weapon. Gary Reese Memorial Park is a huge draw for Pokemon Go players in the area as many of the game’s pokemon are located in the park or the immediate area especially the fish looking Magikarp.

The Pokemon Go “augmented reality” smartphone game has taken the world by storm but has been causing some huge problems as players are so addicted that they are not aware of their surroundings. The gamers become so lost in the game that they don’t care about walking out into traffic, causing huge disturbances in retail establishments and other public places, or trespassing onto private property all in search of their elusive pokemon monsters.

The incident began as the teenage boy driving the SUV stopped in front of the gamers and Campos got out and confronted them with a gun. It was then that the player packing a pistol drew on Campos and began firing. Shots were fired at one another and both Campos and the Pokemon Go player were wounded in the shootout. One person was shot in the back and another in the stomach.

This is just one in a long recent string of robberies and attacks on Pokemon Go players. Their systems are hacked into and robbers and attackers lure the unsuspecting players, both male and female, into isolated areas where they are attacked and/or robbed.