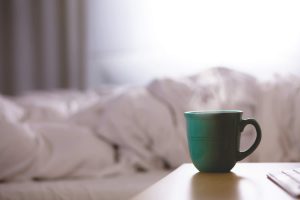 BY KEVIN SAWYER – If there is one thing that just about every human suffers from, it’s sleep deprivation. It seems that not much can be done about it. Or can there? Oxford University researcher, Dr. Paul Kelley, believes that waking up and heading off to a job before 9AM is absolutely insane. For Kelley, it’s not a matter of lifestyle choice but one of deteriorating physical and mental health.

Kelley is convinced that humans are putting themselves through a manner of torture by waking up so early which will lead to stress and breakdowns due to eventual sleep deprivation. While Kelley realizes that the corporate world, and the school systems, care nothing for sleep deprived employees and students, he, nonetheless, continues his crusade to get everyone to understand how the rhythms of one’s body affects one’s overall health and well being.

“This is a huge society issue,” says Kelley. ” Staff should start at 10AM and you don’t get back to the 9AM starting point until 55. Staff is usually sleep deprived. We’ve got a sleep deprived society. It is hugely damaging on the body’s systems because you are affecting physical, emotional and performance systems in the body.” 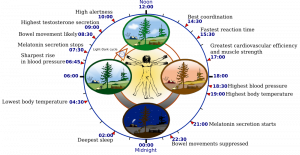 Because of the way we live, and especially the way we work, we are making our minds and bodies weaker every day. Also, on average, Americans are drinking over 30 ounces of coffee everyday. This doesn’t help either and could be linked to the sleep deprivation. In Kelley’s study of British school children, he found that the children are losing at least ten hours a week because they have to wake up so early.

“At the age of ten, you get up and you go to school and that fits into your 9-5 lifestyle,” says Kelley. “When you are about 55, you settle into the same pattern. But, in between, it changes a huge amount and, depending on your age, you really need to be starting around three hours later which is entirely natural.”

During his years as a middle school teacher, Kelley convinced the school he worked for to move the start time for school from 8:30 to 10. The move was made and a measurable increase in students’ grades were observed as well as their alertness and production. The American system, for many years, has had the same challenges and backward schedule. American schools have high school students, teenagers, sitting at their desks by 7:30AM when the body rhythms of a teenager dictates that they don’t even begin to wake up until almost Noon time. Meanwhile, the elementary and pre-school school children, who are usually up and ready to go at dawn, aren’t sent to school until 9:30 or so or later. 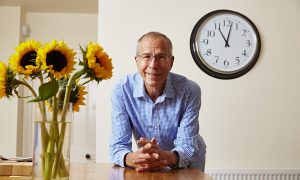 For Dr. Kelley, forcing people under the age of 55 to work a 9-5 schedule is counterproductive and is damaging bodies and minds. To say nothing of productivity that could be increased in the workplace if people weren’t so tired and sleep deprived.

‘We cannot change our 24 hour rhythms,” says Kelley. “You cannot learn to get up at a certain time. This applies to a bigger picture at prisons and hospitals. They wake up people and give people food they don’t want. Sleep deprivation is a torture. This is an international issue. People are suffering and they don’t have to.”