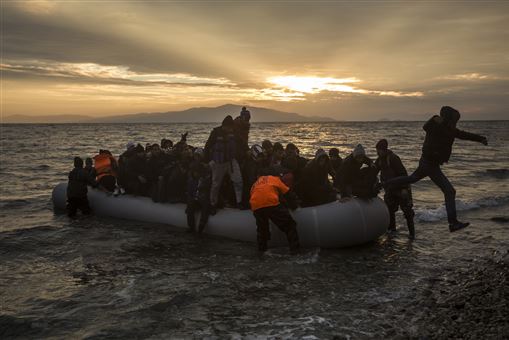 A total of 217 refugees and migrants have been rescued by Greek and EU authorities over the first weekend of the new year in four separate incidents, Greece’s coast guard says.

Migrants, the majority of them refugees from Syria’s civil war, keep trying to enter the European Union despite the cold and the rough seas.

The first casualty of the year, a boy, died on Saturday when an inflatable dinghy carrying 40 people was thrown into rocks off the Greek island of Agathonisi. The others were rescued, including a woman who had been thrown at sea during the crash.

On Sunday, 56 people had been rescued so far, according to the coast guard.