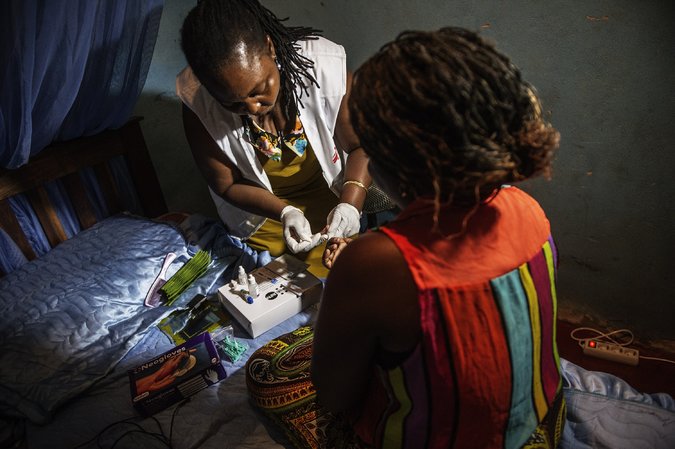 The World Health Organization issued sweeping new guidelines on Wednesday that could put millions more people on H.I.V. drugs than are now getting them. The recommendations could go a long way toward halting the epidemic, health officials say, but would cost untold billions of dollars not yet committed.

H.I.V. patients should be put on an antiretroviral therapy of three drugs immediately after diagnosis, the agency said, and everyone at risk of becoming infected should be offered protective doses of similar drugs.

Immediate treatment has become the standard of care in America and much of the developed world, but the agency’s new H.I.V. treatment and prevention guidelines increase by nine million the number of infected people who should get it worldwide.

The health agency did not estimate how many at-risk people would benefit from its new prevention guidelines, but Unaids, the United Nations AIDS fighting agency, made a back-of-the-envelope calculation that 10 million could be helped, including many women and girls in Africa not previously covered.

Dr. Mark Dybul, executive director of the Global Fund to Fight AIDS, Tuberculosis and Malaria, said the new recommendations were “critically important to moving us toward fast-track treatment and prevention goals.”

Numerous recent studies have shown that people taking so-called triple therapy every day not only live longer, but also have so little circulating virus that they are highly unlikely to infect others even through unprotected sex. Studies using Truvada, a two-drug combination taken preventatively, have shown that those taking the drugs every day have near-total protection against infection.

The recommendations underscored the difference in options available to patients in industrialized countries and those in the developing world, and public health advocates acknowledged that it was unclear where the money would come from to turn the new guidelines into reality. Donor contributions for AIDS have been essentially flat since 2009. Although the W.H.O. issues guidelines, each country sets its own policy. Inevitably, when treatment starts depends on how many citizens the country’s health budget can afford to treat. Fifteen million people are on treatment now, fewer than half of the 37 million people infected worldwide.

But advocates noted that the situation has appeared hopeless before; a generation ago, the idea of treating anyone in poor countries with $15,000 medications looked impossible. Now, with generic drugs and the generosity of wealthy nations, the number of people getting treatment in Africa, Asia and Latin America has been rising by about a million a year.

The new guidelines represent an acknowledgment that no vaccine is on the horizon, and that the long-touted “ABC” strategy – abstain, be faithful, use a condom – has not worked.

And yet there is hope the epidemic can be ended, or at least greatly shrunken, with tools now at hand.

“We can make the impossible possible,” said Dr. Deborah L. Birx, the United States global AIDS coordinator and head of the President’s Emergency Plan for AIDS Relief. “If we can demonstrate that this would break the back of the epidemic, I think people will step up.”