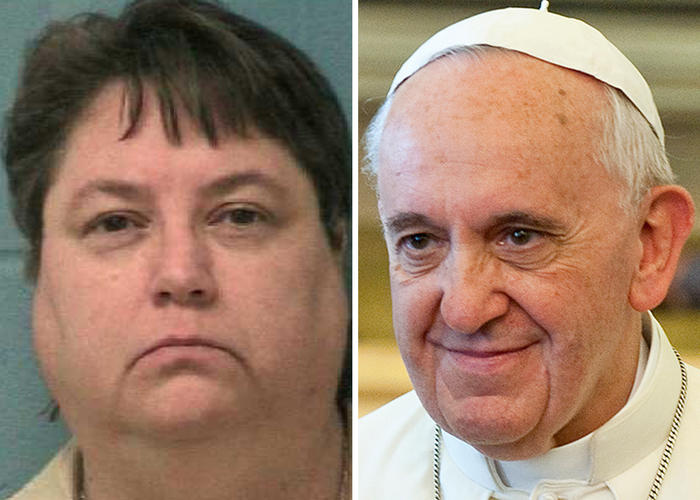 The U.S. state of Georgia executed its only woman on death row on Wednesday, marking the first time in 70 years the state has carried out a death sentence on a woman, a prison official said.

Gissendaner was sentenced to death after being convicted of what is known in the state as malice murder for her role in plotting the killing of her husband, Douglas, in 1997.

Pope Francis, who concluded a six-day U.S. trip on Sunday and is an outspoken opponent of the death penalty, had urged officials to commute her death sentence.

Gissendaner’s execution marks the first death sentence carried out against a woman in Georgia in 70 years. She was the 16th woman executed in the United States since the Supreme Court reinstated the death penalty in 1976.

The U.S. Supreme Court on Tuesday denied last-minute requests for a stay of execution.

The state’s Board of Pardons and Paroles met on Tuesday to decide whether its refusal earlier this year to commute Gissendaner’s sentence to life in prison should stand.

Board members were not swayed by her latest appeal for clemency, which emphasized her model behavior in prison and her remorse. Her lawyers also noted she was not present when the crime was committed.

The man who carried out the kidnapping and murder, Kelly Gissendaner’s then-boyfriend, Gregory Owen, received a life sentence.

Rev. Cathy Zappa, an Episcopal priest who taught Gissendaner through a prison theology program, had said Gissendaner was scared but had not wavered in her belief in God.

Gissendaner’s supporters included her three adult children and a former Georgia Supreme Court justice who says he was wrong to deny one of Gissendaner’s earlier appeals.

“As the murderer,” the family said in a statement before the execution, “she’s been given more rights and opportunity over the last 18 years than she ever afforded to Doug who, again, is the victim here.”

Gissendaner’s scheduled execution was called off in February due to bad weather affecting roads and again in March when officials noticed what they believed was a problem with the injection drug they were about to use.