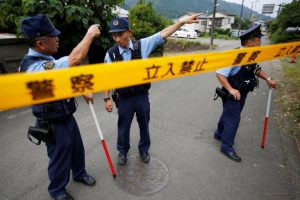 BY KEVIN SAWYER – In a crime that has simply horrified the country of Japan, a former employee at a facility for the disabled, went on a rampage at around 2AM Eastern on Tuesday morning. When his frenzied attack was over, there were 19 dead and 27 left severely wounded. The murderer, Satoshi Uematsu, 26, had long declared that handicapped and disabled people needed to be put to death. As he peacefully surrendered at a police station a half hour after the attack, he told the police that, “All the handicapped should disappear.” 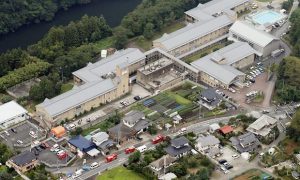 Violent crime is an extremely rare happening in Japan even among organized crime. This has shocked a nation to its core and it the most tragic mass murder to happen in Japan since they surrendered to the United States of America to end the Pacific War of World War Two.

Uematsu nursed a serious grudge against his employer and he has long held the disturbing belief that disabled people should be killed and removed from the population. Uematsu had gone to the facility with a sack full of knives and methodically went from room to room, where patients were all sleeping, and sliced their throats.

He had sent a letter to a politician back in February about his plans but, apparently, nothing was done about the warning. The crime has become bigger that the epic sarin gas attack in the Tokyo subway system back in 1995 that left 13 people dead. japan’s prime minister, Shinzo Abe declared that the government was determined to try and find out what happened. Apparently the horrific news reports were not informative enough for the prime minister. 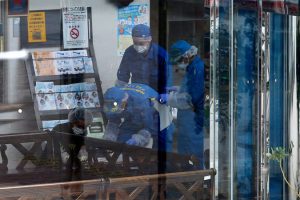 The disabled center is about 140 miles from Tokyo and served 149 residence who suffer from both physical and psychological afflictions. Uematsu had preciously declared that Japan was being destroyed and the people being killed by radiation poisoning as well by AIDS.

According to many of Uematsu’s friends, he reportedly told them that he intended to murder 600 disabled people by October.