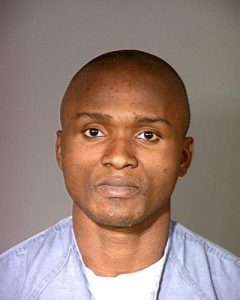 Los Angeles District Attorney Jackie Lacey said Thursday she will review the case of a mentally ill homeless woman who faces decades in prison after allegedly picking up an LAPD officer’s baton and raising it into the air during a violent skid row incident earlier this year.

“Shortly after the case was filed, the District Attorney became aware that charges were pending against Ms. Carey,” Lacey’s office said. She didn’t learn of the specific charges or that the defendant was mentally ill until this week. The District Attorney has asked her managers to review the matter.”

Trishawn Cardessa Carey, 34, has been charged with assault with a deadly weapon against a police officer and resisting arrest. She could face 25 years to life in prison under California’s three-strikes sentencing law for repeat offenders.

After nearly half a year in jail, Carey was granted a reduction in bail to $50,000 from just over $1 million.

District Attorney Jackie Lacey said she is working on on a plan that will keep mentally ill people out of jail and get them the help they need instead.

Late Thursday afternoon, the DA’s office said Lacey “didn’t learn of the specific charges or that the defendant was mentally ill until this week,” and had asked managers to review the case.

Carey had about a dozen supporters show up in Los Angeles County Superior Court for the hearing trying to tie her case to the national movement against mass incarceration of black people, which got a boost this month in a speech by President Obama.

Whether she ends up in prison for decades may ultimately hinge on the video of the incident.

The footage shows Carey briefly lifting the baton during a police scuffle with Keunang nearby. It does not show her swinging the club or striking anyone, and the prosecutor says he won’t try to prove she did so.