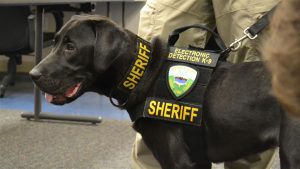 A recent post at the Weber County, Utah, police department Facebook page announced that their new highly trained dog is capable of detecting pornography and even illegal child pornography. URL is only one year old and has been trained since he was a young puppy to sniff out the specific chemicals found in certain electronic devices. 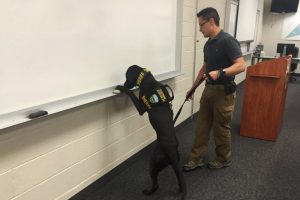 The Facebook post reads in part: “We realize that some of you may be skeptical and wonder how this is possible. “URL does not actually search for illegal materials, but rather his highly sensitive nose has been trained to detect the unique chemical compounds found in certain electronic components.” 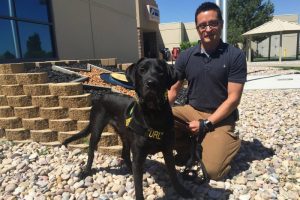 URL was trained in Indiana and there are only five dogs like him in the entire country. One such dog was used in an FBI raid on Jared Fogle, the former Subway spokesman, in Indiana, who has convicted of child molesting. Many police departments in the country are also looking to acquire these specially trained electronics sniffing dogs.