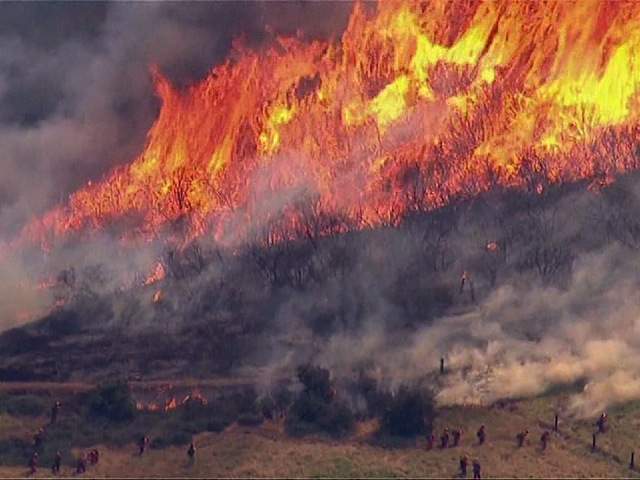 A wildfire destroyed hundreds of homes and forced thousands of residents to flee as it roared unchecked through the northern California village of Middletown and several nearby communities, fire officials said on Sunday.

The so-called Valley Fire, now ranked as the most destructive among scores of blazes that have ravaged the drought-stricken U.S. west this summer, came amid what California fire officials described as “unheard of fire behavior” this season.

A separate fire raging since Wednesday in the western Sierras has leveled more than 130 buildings and was threatening about 6,400 other structures, the California Department of Forestry and Fire Protection (Cal Fire) reported.

Governor Jerry Brown declared a state of emergency in both areas, and mandatory evacuations were expanded as shifting winds sent flames and ash from the Valley Fire toward a cluster of towns in the hills north of Napa Valley wine country.

Cal Fire reported that 81 homes and 51 outbuildings had been lost in the four-day-old Butte Fire, which has charred more than 65,000 acres in the mountains east of Sacramento but was 20 percent contained.

As of Sunday, firefighters were battling nearly three dozen large blazes or clusters of fires in California and six other Western states, according to the National Interagency Fire Center in Boise, Idaho.