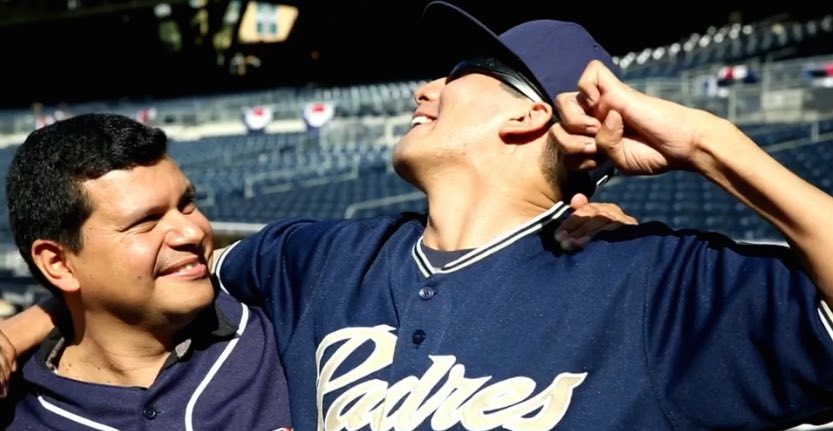 When folks say a ball team has a lot of heart, they usually mean that, win or lose, the players give it their all, every single time. For the past 20 years, though, the San Diego Padres have been showing their heart through the quiet stroke of a pen in the back office.

The Major League Baseball team has gone on renewing the contract of beloved former pitcher Matt LaChappa, year after year, decade after decade, even though the kid never threw a ball in the big leagues. They wanted to keep providing the medical insurance he would need.

In the spring of 1996, LaChappa was a 20-year-old left-hander with a sharp-breaking curveball – and the Padres’ best pitching prospect. The team had drafted him straight out of high school in Lakeside, California, a couple years earlier.

But on a cool April evening, while warming up as a relief pitcher in a minor league game, LaChappa was felled by a massive heart attack. Although help came quickly for the athlete barely out of his teens, he suffered debilitating brain damage and has been confined to a wheelchair ever since.

It could have spelled the end of LaChappa’s association with the San Diego Padres, but no.

“Matt LaChappa is a Padre for life,” said Priscilla Oppenheimer, who for 25 years was the team’s director of minor-league operations. She was the one who asked the question: Was there any reason they couldn’t just go on paying LaChappa, renewing his basic minor-league contract, complete with medical benefits?

“It was the right thing to do, the right and proper thing,” Oppenheimer told MLB.com during a game honoring LaChappa in April. “He’s such a good kid…and I’m so happy the Padres have kept it up after all these years.”

The team also honored LaChappa a couple summers ago by renovating a Little League field near Lakeside where the young pitcher used to play and renaming it Matt LaChappa Field.