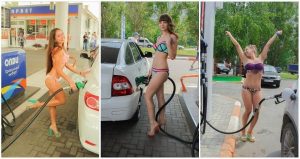 BY KEVIN SAWYER – Just when you think you have probably heard everything, along comes a Russian entrepreneur with a unique special promotion. In an effort to drive sales and pick up some much needed “brand exposure”, if you will, a Russian gas station owner had been running a special one day promotion that had an overwhelming response. Come in to the station wearing heels and a swimsuit and get a free tank of gas. 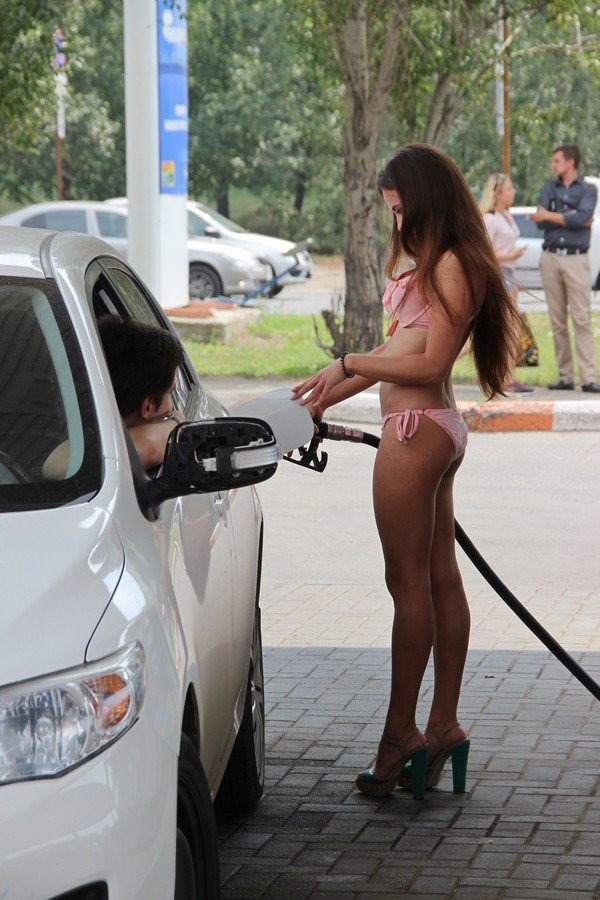 The promotion doesn’t say that only women who come in wearing just a bikini and heels can take advantage of the promotion. Men, too, seem to know a great deal when they see one. Even people living in the vicinity of the gas station, located in the western Russian city of Samara, had driven over to get a free tank of gas. The promotion only lasted for three hours.

Local media reporters flocked to the gas station in an effort to cover the unusual event and they reported that there were huge lines stretching for as far as the eye could see. Many men, it seemed, spoke of how this year has been a difficult one for everyone financially so they thought that a few minutes of wearing a woman’s swimsuit and a borrowed pair of high heels was worth the savings on a free tank of gas. 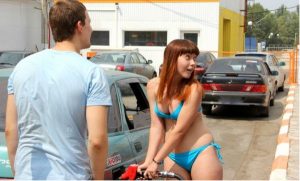 It seems that such promotions have been catching on everywhere in the region as a gas station in the Ukraine started it all with a similar promotion a month or so ago. Most of the participants in the special promotion were women but many admitted to driving their husband’s or boyfriend’s car in to take advantage of the special.