Despite controversy sparked by anti-Mexican comments from Donald Trump, presidential hopeful and co-owner of Miss Universe, the Miss USA pageant was still held on Sunday in Baton Rouge.

Trump did not attend, citing that he would be campaigning in Phoenix. His spokesperson claimed he had no official events on Sunday. 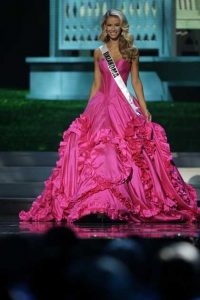 During Miss Jordan’s interview portion of the pageant, she chose race relations as the issue that the US most needed to solve.

She said that, “We really need to work on being an accepting society.”

After this win, the former Miss USA congratulated her. Miss Jordan will now enjoy the perks of the upcoming year– including a New York penthouse.

She’ll also go on to be the 64th Miss USA to participate in the Miss Universe competition.