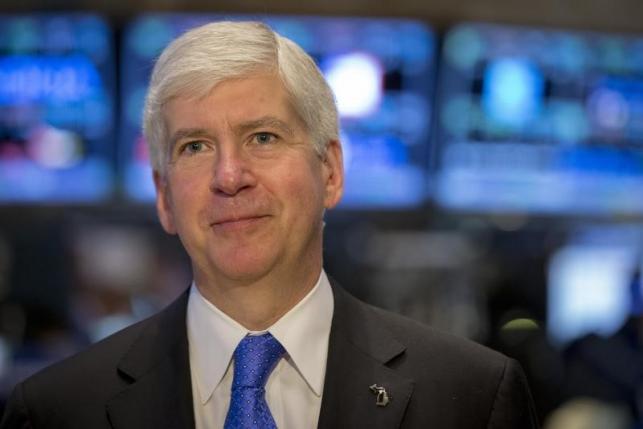 Michigan Governor Rick Snyder on Wednesday appointed a group of government officials, health and other experts to implement long-term fixes for Flint’s lead-contaminated water system as he faced criticism for the state’s handling of a crisis that has become a national scandal.

Also on Wednesday, a coalition of Flint residents and national groups filed a lawsuit asking a federal court in Detroit to compel city and state officials to replace all lead water pipes promptly and at no cost to residents.

The 17-member committee appointed by Snyder would recommend ways to help people exposed to lead, study Flint’s water infrastructure and determine possible upgrades, his office said in a statement.

Snyder told reporters he wanted the Medicaid social health care program to be expanded to cover all Flint children. Snyder also has appointed his top adviser, Flint native Rich Baird, to lead a team focused on improving the city’s quality of life.

“Flint residents should not have to pay for water they did not and are not using,” Weaver said.

In the lawsuit, the National Resources Defense Council, the American Civil Liberties Union of Michigan and Flint residents also asked for relief for any medical harm suffered but did not seek monetary damages.

Lead is a neurotoxin that can damage the brain and cause other health problems.

“The water in Flint is still not safe to drink because city and state officials are violating the federal law that protects drinking water,” said Dimple Chaudhary, senior lawyer with the Natural Resources Defense Council.

“We are asking a federal court to step in because the people of Flint simply cannot rely on the same government agencies that oversaw the destruction of its infrastructure and contamination of its water to address this crisis,” Chaudhary said.

Snyder has repeatedly apologized for the delay in addressing Flint’s problems, which have led some critics to call for his censure or arrest. Residents of the city of 100,000 people had complained for months about elevated readings of lead in their drinking water and the blood of some children.

Michigan Attorney General Bill Schuette has named a special prosecutor and investigator to look into possible crimes in the crisis.