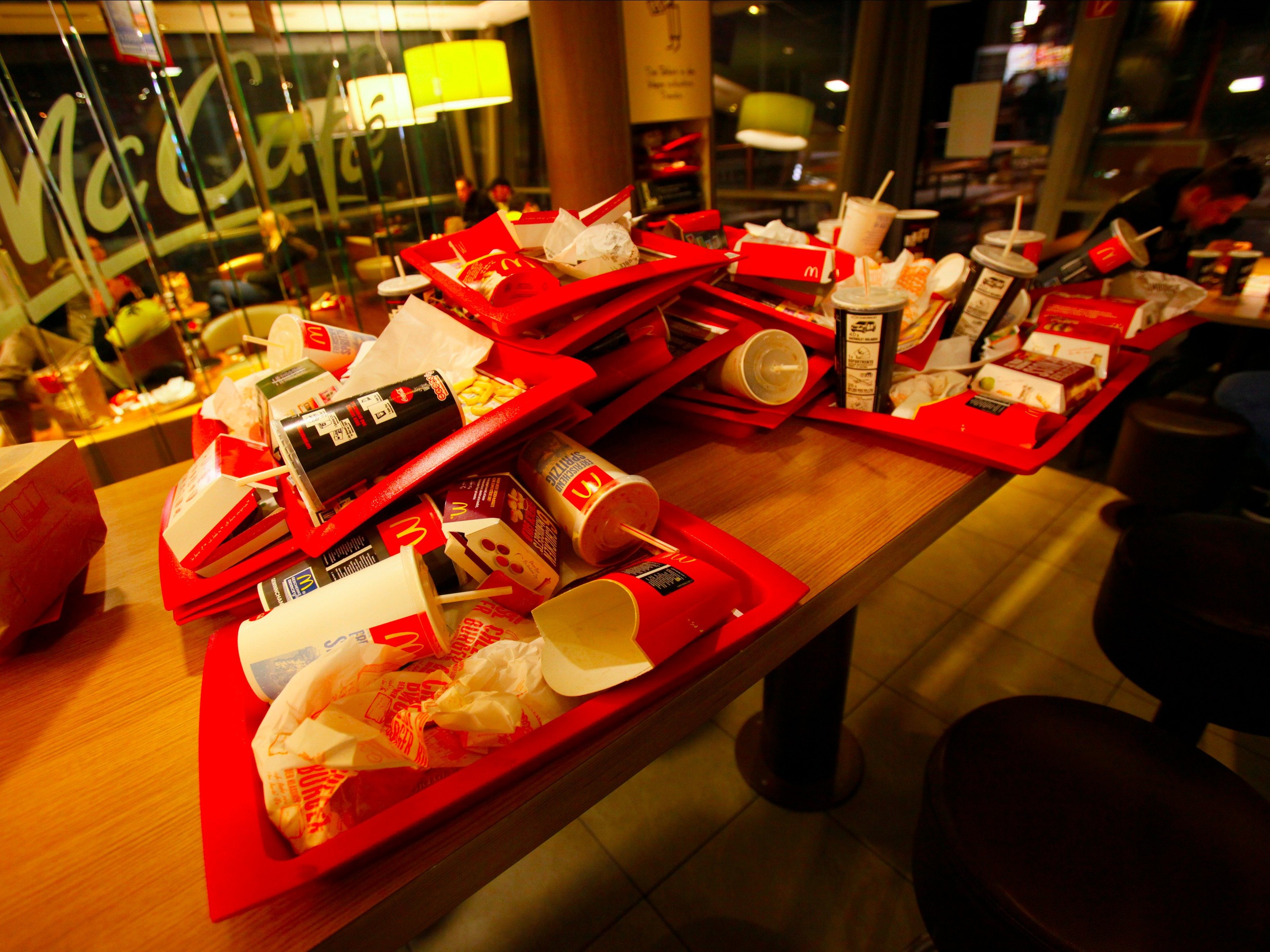 McDonald’s franchisees say the company’s all-day breakfast launch has been a nightmare.

“In small stores, the problems are vast with people falling over each other and equipment jammed in everywhere,” one franchisee wrote in response to the survey.

Another wrote, “All-day breakfast is a non-starter. We are trading customers down from regular menu to lower-priced breakfast items. Not generating new traffic.”

A third called it “erratic, distorted, disorganized direction from McDonald’s,” while nearly a dozen more franchisees complained that it slowed down service and added complexity to the kitchens.

“Customers are abandoning us in droves because we are either too slow, or sub-par quality,” one franchisee wrote.

Others noted that the all-day breakfast menu is confusing to some customers because it varies regionally. In some states, McDonald’s is offering McMuffins on the all-day menu, while in others, only biscuit sandwiches are available.

A few complained that the launch requires extra labor, which is an added cost to franchisees who are already pressed for cash by declining sales and expensive kitchen upgrades.

“Unfortunately, with the current labor pool in our area, we are struggling to have enough people to run the shift, much less add an extra person,” one franchisee wrote.

Kalinowski interviewed 29 US franchisees covering about 226 restaurants for the survey. McDonald’s has more than 14,000 restaurants in the US.

We reached out to McDonald’s for comment and will update when we hear back.

The all-day breakfast menu launched nationally on October 6, following regional tests. It’s still too early to tell whether it will be a success, but customers have been begging the chain for years to extend its breakfast hours.

In an email to franchisees, McDonald’s US President Mike Andres called the all-day breakfast launch a success.

“The successful launch of All Day Breakfast proves that when we listen to and respond to our customers and align around a great execution plan, we will grow our business and take share,” Andres said.