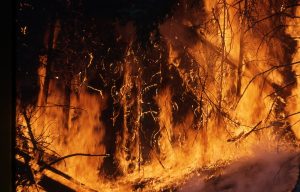 The cocaine trafficking drug lords of Guatemala have been burning down the nation’s forests in a recent effort to clear land for new airstrips. They have ravaged and burned huge swaths of the rain forests to ensure that they have new landing strips for their planes that are carrying cocaine into the United States of America.

Guatemala, not a large country, has already lost an area the size of Connecticut just in the first six months of this year alone. Much of the clearing is being done in the section of the country that borders itself with Belize and Mexico. The central government has declared an open state of emergency in the country in an effort to prevent further damage to the forests.

The region that is under siege by the drug dealers contains a vast wealth of riches including the ancient city of Tikal. There is also a biosphere reserve and many archaeological dig sites with priceless artifacts. Unfortunately, that is the area of the country that is considered to be the stronghold of the Guatemalan drug lords and their manufacturing and growing operations. 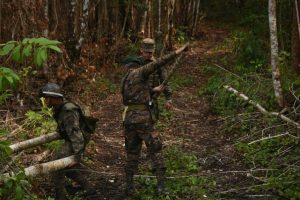 The burning of nearly 30,000 acres of forest has made way for several landing strips as well as new fields for both opium and marijuana. It has been the Mexican cartels that have moved in to Guatemala in recent years and have used the unorganized gangs to establish new strongholds in the country. The country is now one of the Mexican cartels’ leading transport centers as well as regional hub for their money laundering efforts.

Guatemalan government officials have been reaching out regionally and worldwide in an effort to get some help, especially for their near exhausted firefighters. The government of Mexico has sent help in the form of men and helicopters. It may be a long hard road to eradicate the traffickers and to stop the burning as the government simply doesn’t have the resources for a protracted battle with the drug gangs and the Mexican cartels.