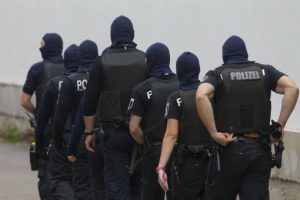 BY KEVIN SAWYER – The federal police in Germany began to actively raid the homes of many of its citizens on Wednesday. The raids on homes were carried out all over the country and it involved at least 25 local police departments. The German government stated that the raids are being carried out for what they declare to be “hate speech” that is being seen on social media, especially at Facebook.

German federal police, or the BKA, stated that raided at least 60 homes and that there is currently 40 open investigations against people they have accused of “hate speech”. Citizens that post such content that the government deems to be xenophobic, anti-Semitic, anti-government (of course), or anything else the government decides is “extremist” will, apparently, be met with force by the German national police.

As tends to be the case in such cases, most governments can declare anything they want without explanation or definition. Who gets to decide what is xenophobic? Some bureaucrat sitting in a cubicle somewhere? In countries where there are no guarantees of free speech, people know that they must be politically correct with regard to what they say lest they end up in prison. 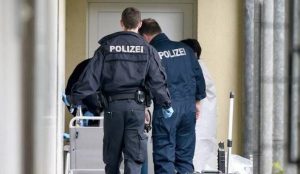 Much of the declared unhappiness, the BKA said, comes from the resistance to, and the continuing, refugee crisis that continues to engulf most European nations. Germany took in over one million of them last year and people have begun to fear the rise of radical fundamentalist Islam that may suddenly erupt in their midst. The raids were conducted by the police in response to remarks posted at Facebook more than one year ago. The BKA, and the German government, stated that the raids are in response to what they labeled as “a strong rise in verbal radicalism”.

The head of the BKA said in a statement that, “The action carried out today shows that the authorities are acting firmly against hate on the internet which has grown significantly since the refugee situation. Attacks on refugees are often the result of radicalization, which begins on social networks.”

Back in December, Facebook, who immediately formed a “task force” at that time, along with Twitter and Google assured the German authorities that they would remove this “hate speech” from their platforms within 24 hours of such undefined words appearing at their platforms. The German politicians had said that Facebook was too slow in their responses which is what led to the social media platform putting together its “task force”.