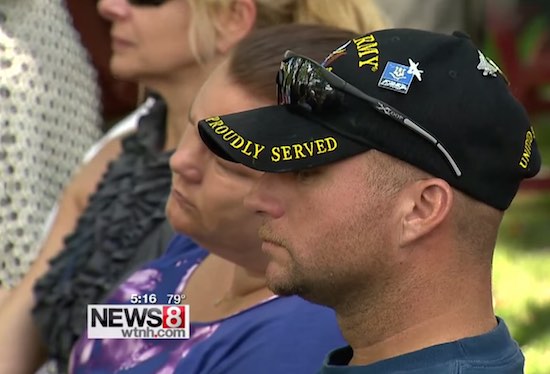 Connecticut officials announced Thursday they had become the first state in the nation to provide housing for every one of its chronically homeless veterans.

The achievement marks a major milestone for national and state officials who set a goal to end veteran homelessness by the end of 2015.

Key to the state’s coordinated effort are the Connecticut Department of Housing and the Connecticut Coalition to End Homelessness (CCEH) – along with other nonprofits and volunteers who hit the streets to identify homeless vets.

“This means that all known chronically homeless veterans are housed or are on the immediate path to housing and any veteran who newly enters homelessness will be rapidly put on the path to permanent housing,” said Lisa Tepper Bates, executive director of CCEH.

Through Connecticut’s efforts, nearly 300 veterans previously experiencing chronic homelessness have been permanently housed. Chronically homeless individuals are defined as those with a disabling condition who have been continuously homeless for a year or have had at least four episodes of homelessness in the past three years.

On the federal level, significant increases in funding for permanent housing vouchers and additional funding targeted to provide rapid rehousing to veterans, have provided the critical resources to assist Connecticut in realizing this goal. The state’s Department of Housing has also invested at least $3 million in rental subsidies and special services for Connecticut’s homeless veterans – a key distinction hailed by the U.S. Veterans Affairs Secretary, who attended Thursday’s celebration and called on other states to invest.

Gov. Dannel Malloy has also set a goal to provide housing and support services for all homeless people in the state by the end of 2016.