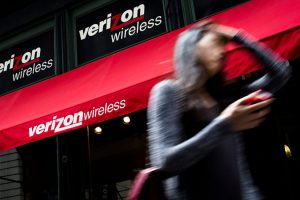 On Wednesday morning at 6AM, an estimated 40,000 Verizon Wireless employees on the East Coast went out on strike. Negotiations between the employees and the company have broken down and has initiated one of the largest labor strikes in American history.

The 40,000 Verizon workers are represented by the International Brotherhood of Electrical Workers and by the Communications Workers of America. The strike looks to affect service all along the East Coast of the country to included wireless service as well as their FIOS services. Verizon, however, states that services will go on as usual as the company has long trained non-union workers to fill in the gaps should there be a walkout or a strike among the union employees.

The unions intend to picket Verizon Wireless stores all day long and until the strike has concluded.The strike has been enacted as talks have broken down between Verizon and the unions that represent the employees in nine Eastern states and Washington, DC. The strike is in retaliation for the company looking to cut both pension and health benefits over the next three years. 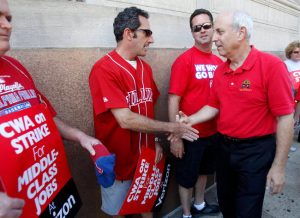 The workers have been without a contract for over six months and employees also want to talk about the off shore call centers which seems to be a huge sticking point with them. The last time negotiations broke down between the employee unions and Verizon was in 2011 and it led to a massive strike back then. Verizon is the largest wireless company in the country and they have agreed to enter into arbitration if the unions agree. The unions have made no comment with regard to arbitration.

This will be a situation that Verizon wants to rectify soon. The wireless division of the company accounts for nearly 30% of its annual revenues. If services are interrupted or are not on the professional level expected by their customers, Verizon may have to come to the table sooner than they would like to.

“Our first priority,” said Verizon Wireless president Robert Mudge, “is to maintain the customer base we have…and we’re fully staffed to do that.”