Skyrocketing Donations Save The First Spacesuit Worn On The Moon 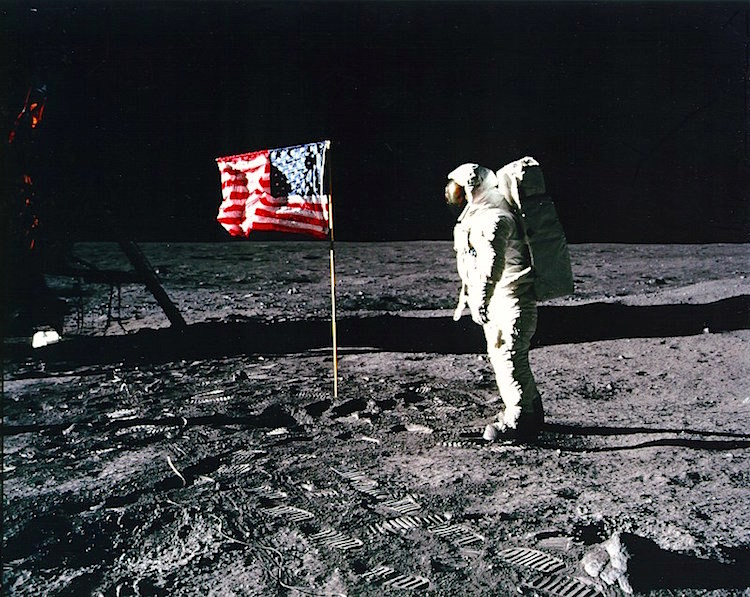 When the Smithsonian Institution took the small step of launching a Kickstarter campaign to save the spacesuit Neil Armstrong wore on the first moonwalk, there was a giant leap of donations.

The museum reached its half-million dollar goal to “Reboot the Suit” in just five days – so it raised the goal to $700,000 to also restore the suit Alan Shepard wore on another historic mission-America’s first manned space flight.

The campaign is the largest project any museum has tried on the crowdfunding site. It is also a way for the Smithsonian to let individuals play a part in preserving a piece of history.

It turns out that spacesuits are pretty delicate – they’re breaking down from age. It’s been 46 years since Armstrong first set his boot on the moon’s surface and 54 years since Shepard’s flight.

The money will pay to repair the suits, put them on pubic display, and preserve them for years to come. The Smithsonian Air and Space Museum’s Alison Mitchell tells Good News Network it means creating climate-controlled display cases and custom-built mannequins to support the suits.

Eventually, they’ll be the centerpiece of the Smithsonian Air and Space Museum’s “Destination Moon” exhibition.

She says the donations will also pay for creating a 3-D scan “of the spacesuits, helmets and gloves and the production of an online 3-D model.”

The Smithsonian will also research the best ways to preserve the suits, create a webcast about them, and publish work on the cleaning and preservation of spacesuits.

Aug 6, 2015Chris Carvello
ADVERTISEMENT
Teens Rescue 89 Year Old Woman Who Didn’t Know Her House Was On FireCalifornia Coast Guard Seizes $181 Million In Cocaine On Sub
Teen arrested for offering hitman services on Dark Web
By 2020, robots will replace another five million human workers
Why would the police arrest a man dressed as a tree?
Research finds 1 out of 8 people moved because their house was haunted
Here are a few things that happened last week in the rest of the world…