BY KEVIN SAWYER – The celebration of Independence Day has gone on in the United States for nearly 150 years. While everyone seems to know the origin of the national holiday, many others are under the misguided impression that the day celebrates the American colonist’s victory over the British in the American Revolution. In fact, the day celebrates the day when representatives from the 13 American colonies signed the legendary Declaration of Independence.

Here are a few more strange things you really don’t know about the Fourth of July: 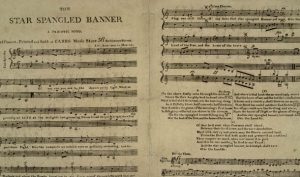