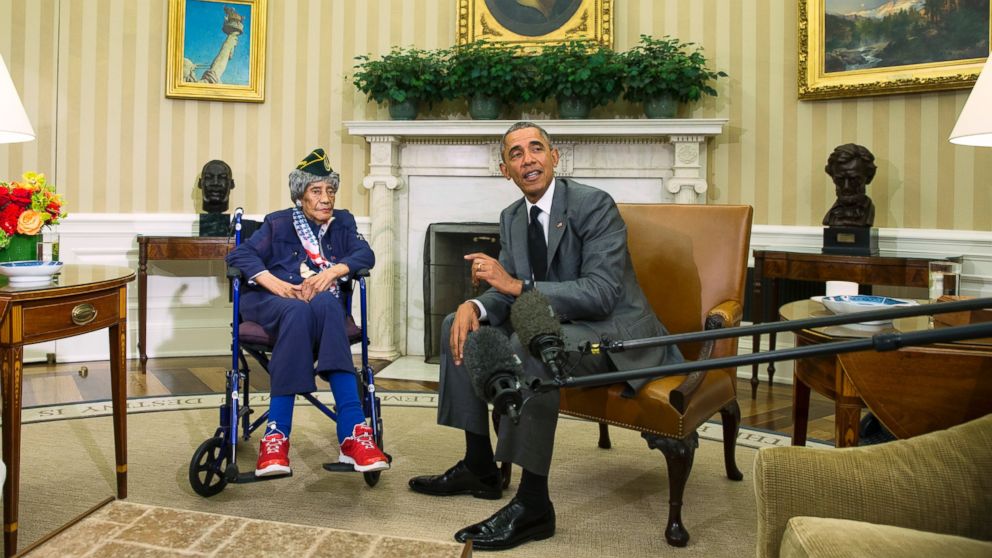 The veteran was born in 1905 in Bolingee, Alabama. Known as “Big Mama”, Didlake joined the military at the age of 38 in 1943, where she served for seven months as an Army private and a driver. After she was discharged, Didlake joined the Detroit NAACP and marched with Martin Luther King, Jr. in 1963.

The president praised the World War II veteran, saying she “served with distinction and honor, and received all sorts of commendations for her service.” Didlake’s decorations include the Women’s Army Corps Service Medal, American Campaign Medal, and World War II Victory Medal.

Didlake attributes her longevity to eating fruits and vegetables, and little meat.