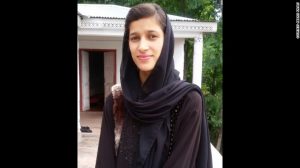 A Pakistani teenage girl died on Wednesday from being burned over 85% of her body when she was attacked, tortured and set on fire on Sunday. Maria Sadaqat, 18, was a young schoolteacher who was murdered for reusing to marry the son of the man who owns the school that she had worked at.

Extreme violence against women is nothing new in Pakistan as their Muslim faith demands that women obey and be subservient to men. Rejecting a marriage proposal there, in Pakistan, just isn’t done. Relatives said that the owner of the school where she taught had participated with a number of other men who overwhelmed Maria, severely beat and tortured her and then doused her with gasoline and set her on fire. She was in unspeakable agony for three days before finally dying on Wednesday.

Maria’s father had formally refused the marriage proposal on behalf of his daughter after learning that the school owner’s son was already divorced with a child and was more than twice her age. Life in Pakistan is dictated by the decrees of Islam and, in 2015, over 1,100 women were murdered by their own relatives in what are known as “honor killings” where the murders were committed to preserve some manner of what is considered to be male honor. 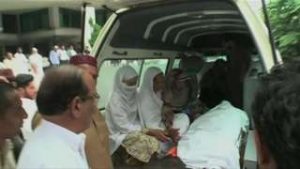 There is no main road running near the village where Maria lived so her badly burned body had to be carried in a chair until they reached an ambulance that took her to a local hospital. Local police say they are investigating. On Sunday, Maria had been babysitting her younger five year old sister while her family went and attended a local funeral. At the funeral, someone came up and told family member that Maria was on fire.

Police claimed that three men were arrested on Wednesday in Islamabad in connection to Maria’s murder with an arrest warrant issued for a possible fourth man who may have been involved.

Last year, 75 women were murdered in Pakistan by being set on fire and just a few months ago a 15 year old girl in a nearby village to Maria’s had been murdered because she had helped a female friend to elope. The young teenager had been tortured, strangled, and, like Maria, lit on fire.