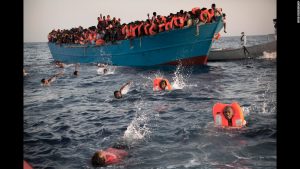 The migrant crisis continues to assail Europe as thousands flee from war and poverty in the Middle East and Africa. These people were rescued off the coast of Libya. 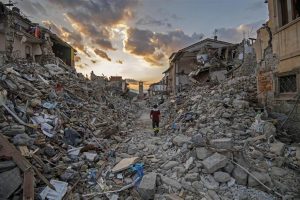 Rescue efforts continue in Italy as a 6.2 magnitude earthquake rattled the country leaving the death toll, so far, at nearly 300 with many other thousands missing and homeless. 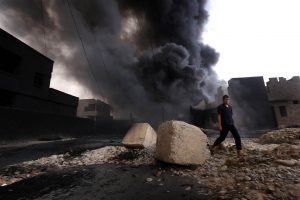 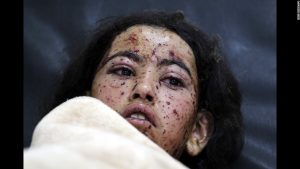 The civil war in Yemen continues to rage for more than a year and a half. This young girl awaits a doctor after being wounded in an airstrike. 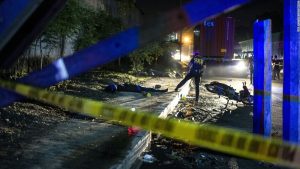 The new president of the Philippines, Rodrigo Duterte, continues his war on criminals with a total disregard for any due process at all. He has encouraged both the police, as well as private citizens, to take the war to the criminals. 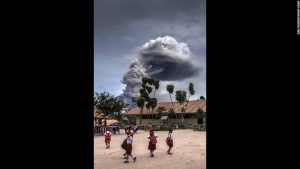 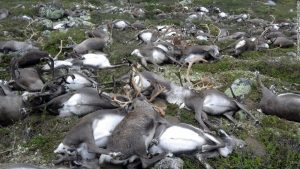 In a most frightening and freakish event, over 300 reindeer in Norway were all killed by a single lightning strike. 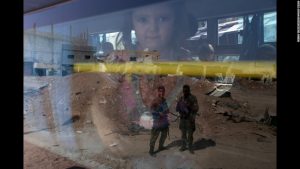 Soldiers are seen in the reflection of a bus window carrying children and other civilians out of a suburb of Damascus, Syria. The warring forces in the six year old civil war, that has murdered thousands, agreed to allow people to escape the suburb so that the murder could resume between the warring factions’ soldiers. 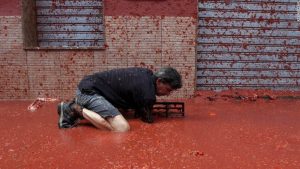 Here’s one for ya – Every year, in the small town of Bunol, Spain, there is a tomato festival – sort of. This year, 160 tons of tomatoes were used by over 20,000 people who staged a one hour long tomato fight.