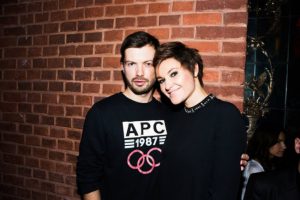 MS Office 2010 product keys: Microsoft office 2010 is the successor of Microsoft office 2007 and it is a version of Microsoft office productivity suite. windows 10 pro key
Sometimes, you may find it difficult to find a working Microsoft Office 2010 product key for free. office standard 2010 key
This is a digital purchase, and it will immediately cause your current Windows installation to become activated. You don’t need to purchase a physical license. windows 7 activation key 64bit
The only thing that could change this is a Windows 10 update, but Microsoft has become increasingly lenient since Windows 7. office standard 2010 key
Microsoft Windows has been doing pretty good as an operating system. Windows 98 and XP were used and loved by one and all. windows 7 download link and product key
First, you’ll need to download Windows 10. You can download it directly from Microsoft, and you don’t even need a product key to download a copy. windows 7 ultimate 32 bit product key
office 2016 professional keyBasically, you have a digital entitlement if you upgraded your PC from Windows 7 or 8.1 for free.

BY KEVIN SAWYER – When Eugenia Kuyda’s best friend was killed last year in a car crash, she took his death hard. Eugenia is the founder of an artificial intelligence software company in Russia and she decided that, if she raised her friend from the dead as an avatar chatbot, it would help with her grieving process. So, that’s exactly what she did.

Eugenia has developed an artificial intelligence chatbot that allows her, or anyone else who downloads the app, to talk to her dearly departed friend, Roman Mazurenko, who was also a tech entrepreneur. Roman is capable of chatting in either English or Russian. Eugenia, who could never visit with Roman as he had been cremated, collected every photo and text message and voice message she had of him and decided to keep him with her as a chatbot.

Eugenia’s company, Luka, Inc., creates chatbots that help people navigate their every day complexities such as locating restaurants or finding out what the weather will be like that day. The Luka chatbots can speak in real language like an actual person and they sound extremely conversational in their tone. They are not robot like voices in any way. The chatbot experience is so life like that people actually think they are speaking with an actual person. 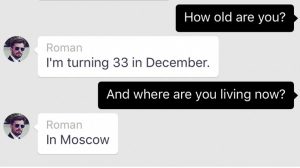 So, armed with thousands of text messages she has received from him over the years of their friendship as well as her collection of photos of him, Eugenia went about making Roman seem alive once more. She transferred all of the text messages into a neural network that would recreate them to sound like actual human speech. Many who new Roman swear that the chatbot sounds just like him.

“It was the first death for me,” Eugenia said. “I didn’t know how to react so as soon as I could I shoved everything as deep inside as possible and tried not to feel anything. Even after all this time, it doesn’t go away. I put together all texts we sent each other, photos, articles about him, and we built a Roman AI. You can text with him about his life or just chat like you normally would and Roman would reply like he normally would have.”

Eugenia has decided that much of her company’s efforts will now be focused on helping others preserve their loved ones as AI avatars after they have passed. Eugenia feels that, for others as well as for her, “All of those messages were about love or telling him something I never had the time to tell him. Even if it’s not a real person, at least now there is a place to say it.”