BY KEVIN SAWYER – When it comes to athletic events and sports, humanity really know no bounds when the competitive fires get stoked. These may be just a few of the most bizarre sports in the world and all of them have a huge following as well as regional and world championships. So, here you go; welcome to some of the most bizarre sports currently being played around the world. 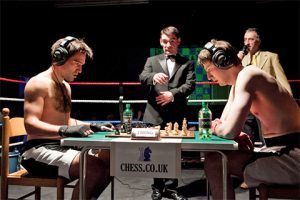 Chess boxing is exactly what you would think it is. It is 11 action packed rounds where the contestants alternate between boxing and playing a chess match. The winner is put into check mate or is knocked out in the ring. 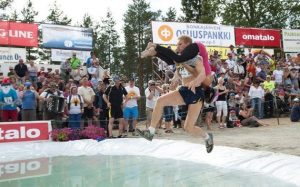 In this Olympic-like timed sport, men sling their wives over their shoulders and race through a demanding and perilous obstacle course. The North American Championships are held every August in Maine and the winner receives five times his wife’s weight in cash, his wife’s weight in beer, and automatic entry into the World Wife Carrying Championships in Finland where the sport originated in 1991.

The city of Lancashire, England celebrates its centuries old love of gravy with the World Gravy Wrestling Championships. There is usually 16 men competing in the single elimination contests and there is a women’s championship also in which six women usually face off to try and pin their opponent in a ring of meat gravy. The pool contains 1,500 liters of gravy and the event has been going on for nine years. 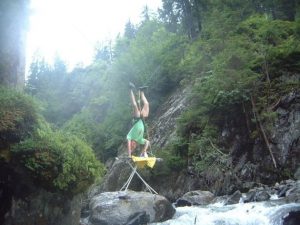 This may, indeed, be one of the most extremes sports out there. Competitors take their ironing boards to the most bizarre locations and iron. The sports has been performed on the sides of mountains, atop moving vehicles, while water skiing and even while snowboarding. 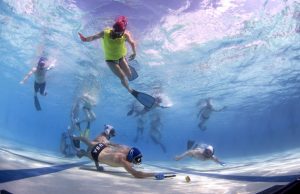 Underwater hockey, or Octopush, is played almost everywhere in the world and teams compete in the World Championships every year which is held in a different place every year. The teams have a small stick and try and maneuver a three pound puck into the opponents goal. The players use a snorkle to get air and to race on top of the water to get to the elusive puck. The sport has been around since 1980. 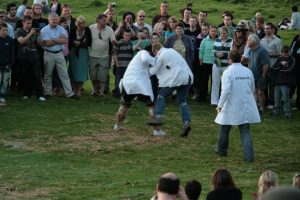 Shin Kicking is a serious and brutal sport that originated in England about 400 years ago. It is one of the oldest sports known to human kind. It is a punishing sport in which the opponents kick each other in the shins until one of them goes down and can’t get up again. The Shin Kicking World Championships have been held every year in England and competitors come from all over the world.